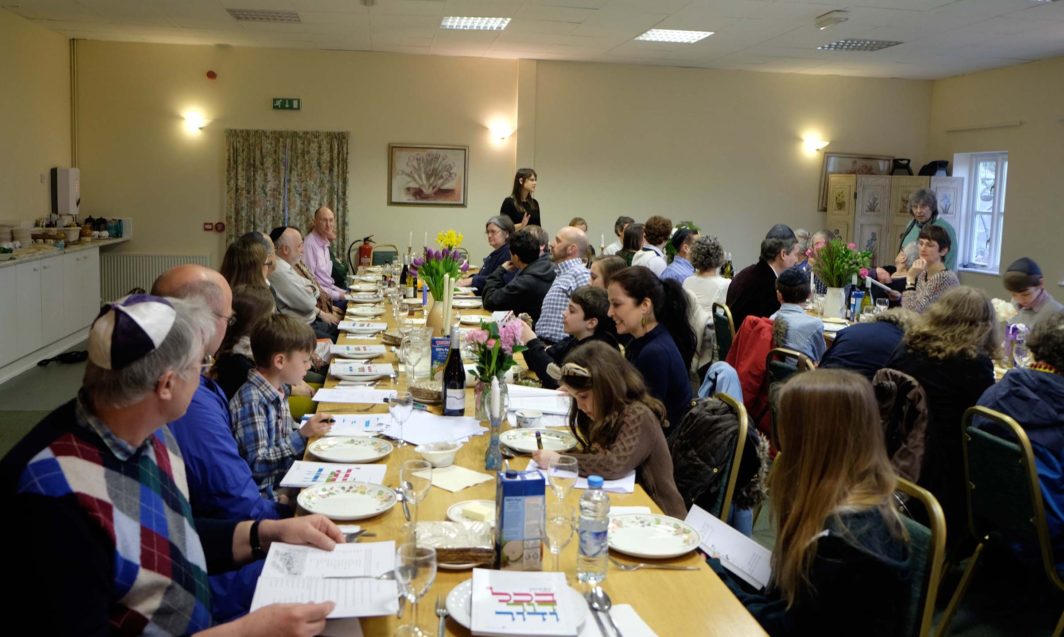 Liberal Judaism is encouraging its members and communities to hold a Second Seder once this period of uncertainty and isolation/social distancing ends.

Liberal Jews will be holding a Seder on the first night of Pesach this year as usual, but these will now be either virtual or in small household units. We will be providing resources for these, including online liturgy and streaming links, in the coming days.

However, for many, the real joy of Passover is being seated around a table with their loved ones and/or attending one of the big communal Seders held by Jewish communities around the country that are often held on the second or third night.

We will all miss out on the food, songs, jokes and, sometimes, broiguses, that really bring the retelling of the Exodus from Egypt to life.

That is why, following precedent set in our Hebrew Bible, Liberal Judaism is declaring a Second Seder will take place once Public Health England say it is safe to do so – whether that be in May, August, November or whenever. It will be Pesach Sheini (a Second Pesach).

After all, as God told Moses – If, for good reason, you can’t mark Pesach at the right time, mark it at the wrong time.

Student Rabbi Gabriel Kanter-Webber, who came up with the initiative, explains more in his blog post below: 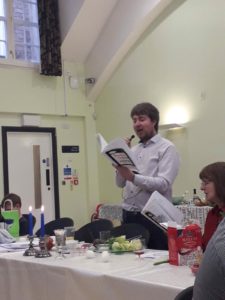 Pesach this year is not going to plan. Almost every Seder – family and synagogue – is being cancelled, downsized or moved online. Just at the time when so many are in need of human contact, it’s being cut off, and with it the familiar tastes, smells and melodies of Pesach.

This might seem a strange moment to think about Sukkot, but the history of Sukkot suggests a way forward. During the invasion of Jerusalem in the 2nd century BCE, the Jewish resistance, led by Judah Maccabee, wasn’t able to celebrate Sukkot properly. They were living in the mountains and fighting for their lives.

So what did they do? As soon as they cast off the invaders, they celebrated a late Sukkot. Around December. For eight days. Sounding familiar? It’s Chanukah. Chanukah is what happened to Sukkot one year when there was an emergency and the festival had to be delayed.

It’s even happened before with Pesach. The Book of Numbers tells the story of a group of Israelites who were unable to observe Pesach at the right time because they were busy doing essential work for the community.

Moses took their case to God, and God decided: do it later. If, for good reason, you can’t mark Pesach at the right time, mark it at the wrong time. Nobody should miss out on our right and duty to celebrate the joy of freedom.

Rabbi Aaron Goldstein, the chair of the Conference of Liberal Rabbis and Cantors, has written a resource pack studying the text around these two events – which you can read here.

In Numbers, the Israelite volunteers postponed Pesach for a month. A mere month’s delay might be too ambitious for us, but we will get to have our Seder.

Many, many Sedarim are being cancelled this year. Most Liberal communities are still planning to share one or stream one or get Seder to you somehow. If you’re without something to do for Pesach at the right time, get in touch with your rabbi or with the Montagu Centre and we’ll help you to find a Seder to tune into.

But we’re not giving up on the real communal experience of all sitting down, in person, and celebrating our freedom.

At the right time for Pesach, we’ll have to make do with a video feed. But at the wrong time, we will have our Seder.

Once we know when the coronavirus restrictions will be relaxed, we’ll get together and celebrate together in person.

When things settle down, Liberal Judaism will declare a Pesach Sheini (a Second Pesach), just like our ancestors did in the Book of Numbers; just like the Maccabees did with Sukkot.

It might be late summer or autumn or even winter, but when we’re free to gather in person, we’ll get the Haggadot out of the cupboard, eat matzah and charoset as a community, and catch up on what we missed in the spring.