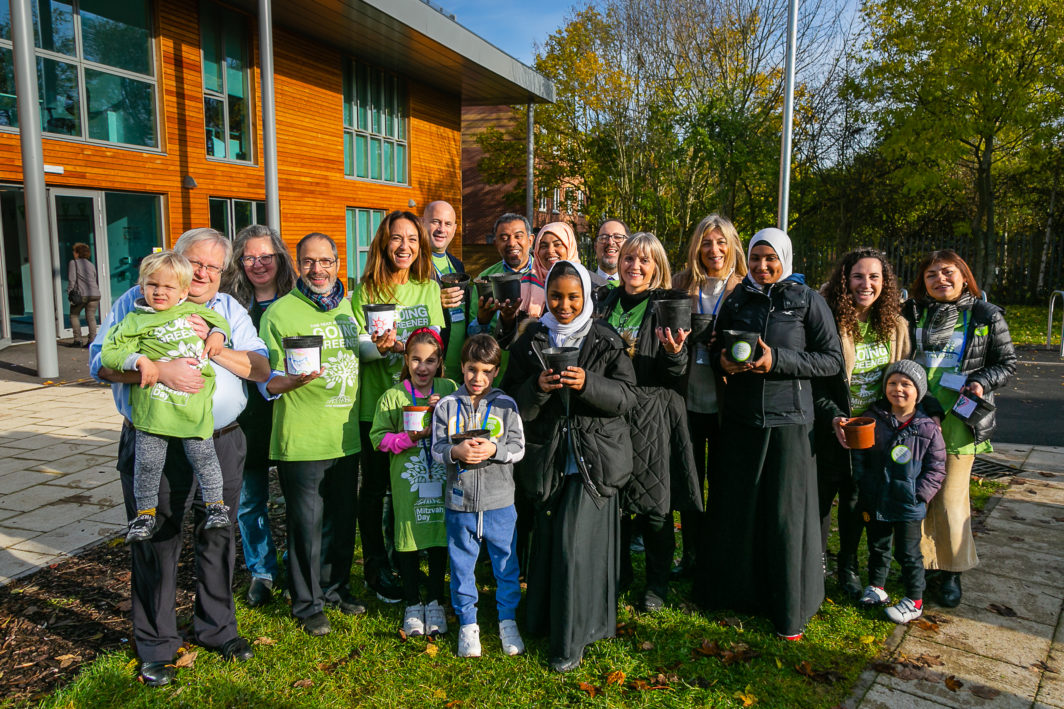 Liberal Judaism’s senior rabbi, Rabbi Danny Rich, was part of a unique and moving Mitzvah Day event that saw all sections of the Jewish community in Finchley unite with their Muslim neighbours.

The new SBWA centre only opened recently. The community’s previous home was destroyed in an arson attack six years ago when the letters EDL – standing for English Defence League – were found sprayed on the side of the building.

The Mitzvah Day event was hosted by the SBWA’s Abu Bakar Ali and Asma Mohamed Ali, who were integral in the efforts to re-open a London home for the Somali Bravanese community. They received lots of support throughout the period from their neighbouring synagogues of all denominations.

On Mitzvah Day, Danny, Rebecca and their rabbinic colleagues joined the Jewish and Muslim youth in planting bulbs and attaching labels with notes and pictures to brighten up a nearby care home. Residents from the home also came to the centre to be part of the day.

Danny said: “The friendship between the Somali Bravanese and Jewish communities has brought so much to both of us. It was a proud moment to stand here with people of all faiths and denominations to share such a special Mitzvah Day and show that love and friendship always wins over hate and division.

“If the Sabbath was the Hebrew culture’s gift to the ancient world, Mitzvah Day may well rank as the Jewish community’s gift to the modern world. A Jewish initiative that is now not only interfaith but sensitive to the needs of our planet too.”

Mitzvah Day chief executive Georgina Bye added: “Following the arson attack, the Jewish community supported the SBWA and it was truly special to be welcomed back for Mitzvah Day.

“This was an amazing demonstration of how communities can support each other in adversity and open our doors to share positive moments together. Planting bulbs at the centre and in pots to be donated to a local old age home, we look forward to returning to see them bloom and to continue this wonderful relationship.”

Liberal Judaism is proud that so many of its communities took part in Mitzvah Day this year and will be printing all the photos in the next edition of LJ Today. If you haven’t sent us yours yet, please email it to ljtoday@liberaljudaism.org by Friday 22 November.