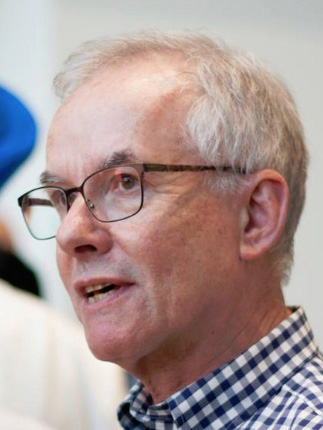 Jeremy Rodell, the dialogue officer for Humanists UK, is the fourth and final panellist to be announced for this week’s Liberal Judaism Hot Potatoes debate on faith schools.

Jeremy has been a school speaker for both Humanists UK and the Faith & Belief Forum for many years. He has a particular interest in the changes taking place in the British religion and belief landscape, and the role of open and constructive interactions between people with humanist and religious worldviews.

In 2011-12, he led a broadly-based campaign for an inclusive admissions policy at a proposed new Catholic school. He has retained an interest both in the issue of faith schools and of supporting good quality education in religion and worldviews for all.

Jeremy joins JCoSS head Patrick Moriarty, education expert Dr Helena Miller and Liberal Judaism’s own Rabbi Pete Tobias on the panel. It will be chaired by sociologist, author and lecturer Dr Keith Kahn-Harris. You can read more about them here.

The debate – titled ‘faith schools: is isolation splendid?’ – will take place on Thursday 19 September at 7pm at the Montagu Centre in Central London.