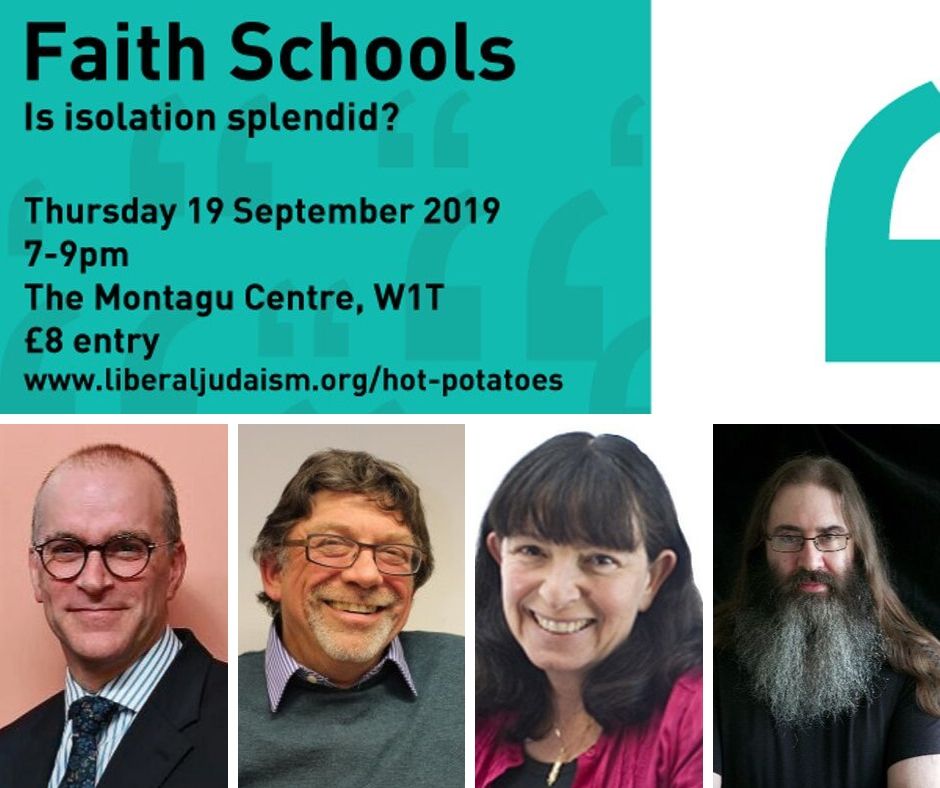 The panel for Liberal Judaism’s Hot Potatoes event on faith schools will feature important voices on both sides of the argument.

The debate – titled ‘faith schools: is isolation splendid?’ – will take place on Thursday 19 September at 7pm at the Montagu Centre in Central London.

The panel will be chaired by Dr Keith Kahn-Harris. Keith is a sociologist, author and senior lecturer at Leo Baeck College. His books include Strange Hate: Antisemitism, Racism and the Limits of Diversity and Denial: The Unspeakable Truth.

Speaking on behalf of faith schools will be Patrick Moriarty. Patrick has been the headteacher of the Jewish Community Secondary School (JCoSS) since 2012 during which time the school has thrived. He is also an ordained Church of England priest.

On the other side of the debate will be Rabbi Pete Tobias of The Liberal Synagogue Elstree (TLSE), who is a long-term opponent of faith schools.

Pete was a primary school teacher before joining the rabbinate and is also heavily involved in TLSE’s religion school. He also has written seven children’s books on Jewish topics, as well as creating the children’s section of Liberal Judaism’s Haggadah B’chol Dor va-Dor.

Balancing out the panel, and providing the data, will be Dr Helena Miller. Helena is responsible for the most extensive survey of Jewish schooling in the country and has 30 years experience as an educator.

For more details and to book tickets, please visit www.liberaljudaism.org/hot-potatoes