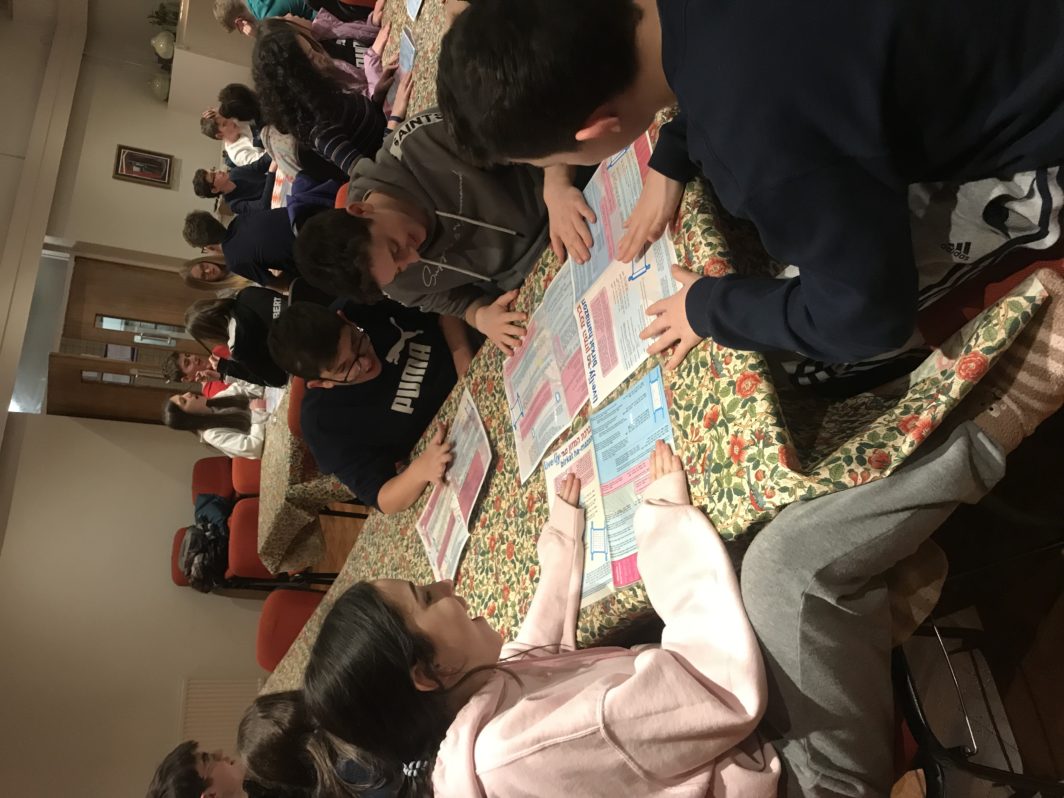 Is it possible to get 43 teenagers to learn about Jewish theology, grow as young people and bond as a community, all in just under 36 hours?

As we learned on the Kabbalat Torah weekend at Finchley Progressive Synagogue, the answer is a resounding yes.

Run by a coalition of rabbis, cheder heads and LJY-Netzer movement workers, the Kabbalat Torah weekend is an annual tradition, during which various classes from more than half a dozen synagogues come together to further their learning and explore their identity.

Whether it was cooking dinner for a local homeless shelter, learning about the life of Liberal Judaism founder Lily Montagu from Rabbi Jackie Tabick – who was the first female rabbi ordained in the UK – or studying the principles of Torah, avodah and gemulut chasadim (study, work and acts of loving kindness), everyone had an incredible time.

The centrepiece of the weekend was unquestionably the exploration of London’s West End, where teams of young people followed the life of Lily Montagu, saw the original site of The Liberal Jewish Synagogue and found clues to the history of Liberal Judaism.

With contingents of young people representing everywhere from Brighton to London to Nottingham, the future leaders of the Liberal Jewish community were inspired, engaged and enthralled by this fantastic event.

We can’t wait for next year, hopefully with even more communities represented.