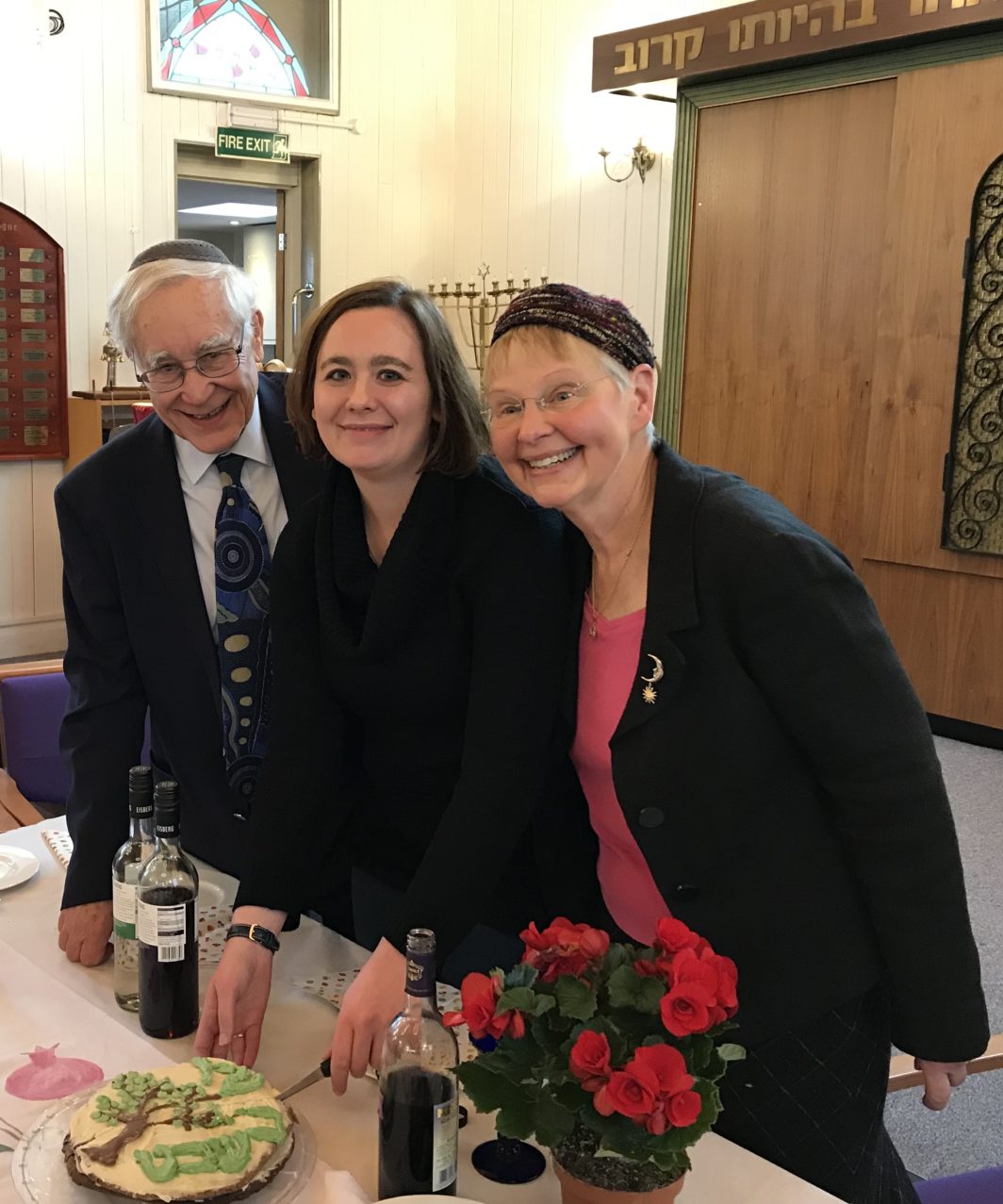 Liberal Judaism communities across the UK celebrated Liberal Judaism Shabbat, as rabbis swapped pulpits for the weekend. Timed to coincide with the yahrzeit of Lily Montagu, one of our movement’s founders, many of the country’s most senior rabbis took part.

Liberal Judaism’s senior rabbi, Rabbi Danny Rich, led services at Northwood & Pinner Liberal Synagogue (NPLS), where he honoured Lily Montagu by giving a sermon on the principles of Liberal Judaism that was also live streamed on the NPLS website.

After a lively discussion about the historicity of the Exodus story, Andrew sang the Song of the Sea to the tune of Bendigamos in traditional fashion from the Torah scroll. At the end of the service, Ealing member Emily Eastmond shared a special cookie-cake in honour of the festival of Tu Bishvat (pictured).

Tu Bishvat was also celebrated at Suffolk Liberal Jewish Community (SLJC), where Rabbi David Hulbert continued his ‘Rambling Rabbi’ sabbatical that sees him visiting a number of Progressive communities around the country.

SLJC chair Beverley Levy said: “We are a very small community and really appreciated the visit by Rabbi David Hulbert, which transformed a normal Shabbat into something truly special.”

Margaret said: “I very much enjoyed the enthusiastic singing at Bristol, where I talked about Lily Montagu and heard memories from a member who remembered her. I led a Tu Bishvat seder afterwards, with lots of fruit, and the children joined with lots of questions and answers.

“Monique was very well received in Birmingham, where she introduced people to Musar, and I have heard some great reports from congregants.”

There was also a special Kabbalat Torah weekend, which saw teenagers from a number of Liberal communities get together at Finchley Progressive Synagogue. You can read more about it here.