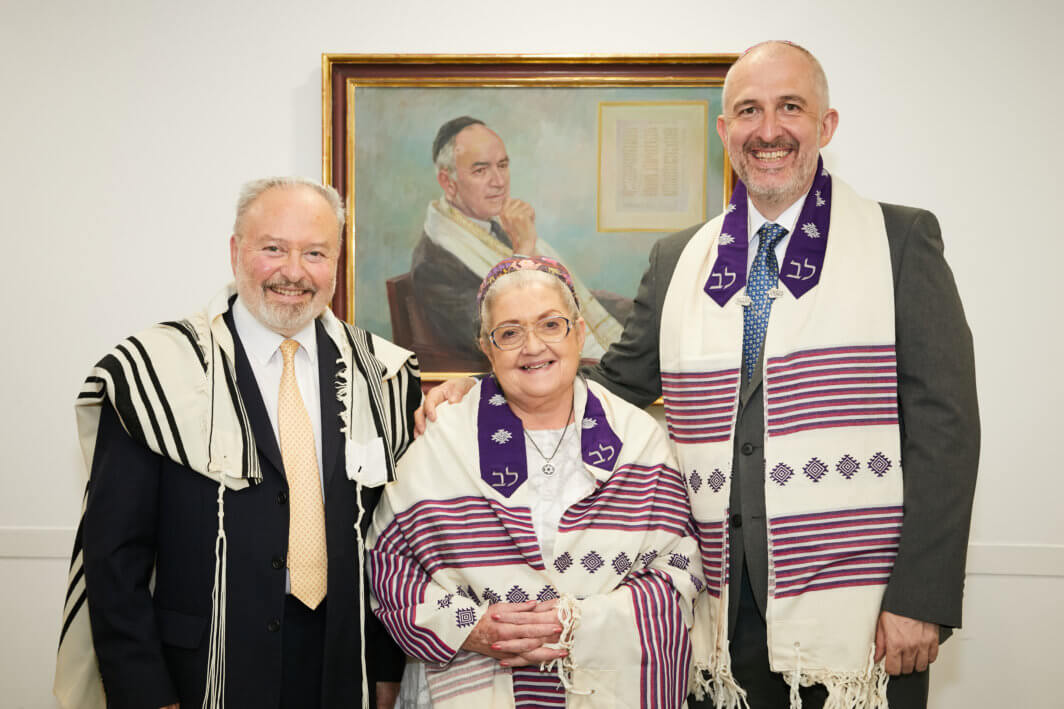 Two new Progressive rabbis have been ordained by Leo Baeck College in a moving ceremony at The Liberal Jewish Synagogue.

As part of the College tradition, they were presented for ordination by teachers and loved ones who had shared their journey. Nathan was presented by Rabbi David Hulbert, Dr Linda McDonald and Rabbi Mark Solomon, with Roberta presented by Jeremy Eckstein, Pamela Neil and Prudence Tyler.

Many other leading figures in Progressive Judaism played a role in the service, including Rabbis Danny Rich and Laura Janner-Klausner, the senior rabbis of Liberal Judaism and Reform Judaism.

Nathan has now joined South London Liberal Synagogue as the community’s full-time rabbi, after spending two years there as a student minister.

Roberta becomes the first ever rabbi at Eastbourne Liberal Jewish Community, a small but growing congregation attracting members from all over East Sussex. She will split her time between the community and working with Liberal Judaism on chaplaincy for older people, fulfilling her passion for working with the elderly in the Jewish community.

Rabbi Dr Charles Middleburgh, dean of Leo Baeck College, said: “I was told time after time during kiddush how those present felt this was the most moving and inspiring ordination they had ever attended. We are deeply grateful to all who contributed to making our 2018 ordination service so very special.”

Rabbi Danny Rich, senior rabbi of Liberal Judaism, added: “I have got to know both Nathan and Roberta over the last five years and I am delighted that they will now both serve Liberal Judaism communities. The fact that two such talented rabbis are joining the religious leadership of Liberal Judaism is testament to the partnership between our movement and its congregations.”