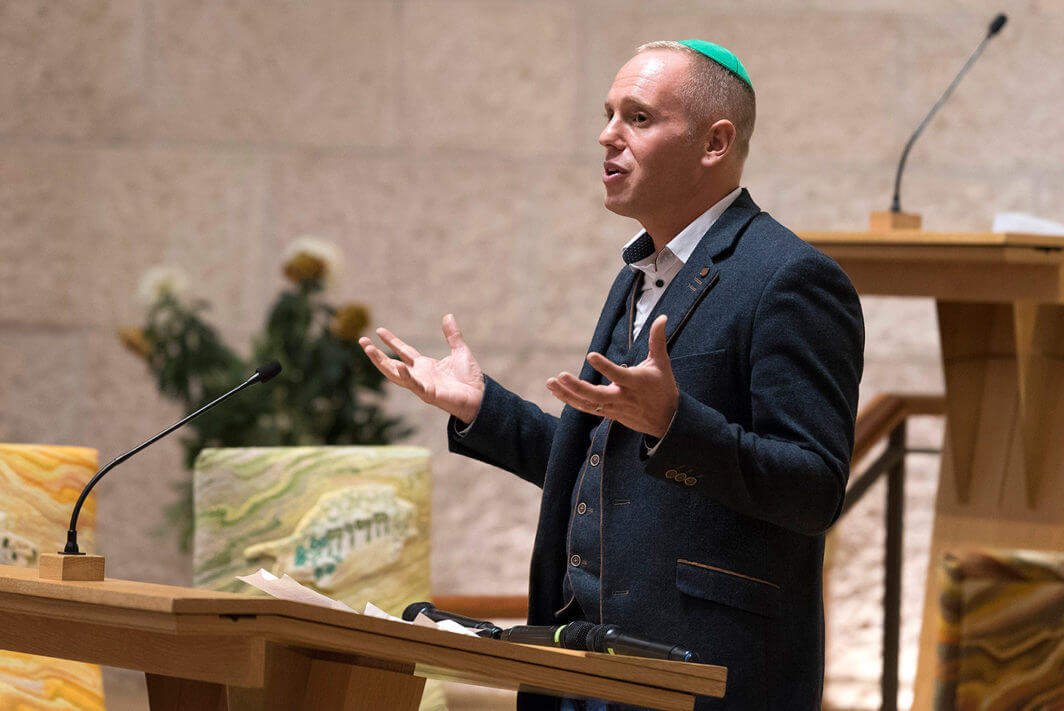 TV star and barrister Robert Rinder has heralded the ‘heroic’ achievements of Liberal and Reform Judaism on LGBTQI+ rights.

Speaking at a Service of Celebration, at The Liberal Jewish Synagogue, ITV’s Judge Rinder said that the Progressive movements had “paved the way for a new generation who don’t have to question if there is a Jewish life for them.” He added: “What you have done for me is nothing short of heroic”.

The Strictly Come Dancing star reflected on his personal journey, noting that he grew up in a “space of exclusivity” and praised the late Rabbi Dr Lionel Blue z”l as “an emotional beacon” showing that there was a “safe space out there… a Jewish life for me”.

Discussing the legal process involved in the landmark 1967 decision, and implications of the anniversary, he reminded his audience to avoid complacency and that there are many communities which are far from supportive, “where a young person coming out is suffering right now”.

Rabbi Elli Tikvah Sarah of Brighton & Hove Progressive Synagogue reflected on the importance of activism in achieving equality and paid tribute to the role of Leo Baeck College as the first seminary in the world to ordain LGBTQI+ rabbis.

Rabbi Laura Janner-Klausner, Senior Rabbi to Reform Judaism said: “I am enormously proud of the progress our communities have made in celebrating diversity and building a Jewish home for all, regardless of identity or orientation. “It is clear that there is still work to be done, and it is right that we reflect on the fact that we have not always been as inclusive as I would like, but Reform Judaism is committed to equality and leading the way in inclusion”.

The afternoon of celebration and reflection took place on 29 October and was organised by Reform Judaism, together with Liberal Judaism, Leo Baeck College, the Jewish Gay and Lesbian Group and Keshet UK to mark the 50th anniversary of the partial legalisation of male homosexuality in England and Wales. A special service was followed by a choice of learning and discussion sessions and a celebratory tea.

Click here to see a gallery of photos from the event by Graham Chweidan.