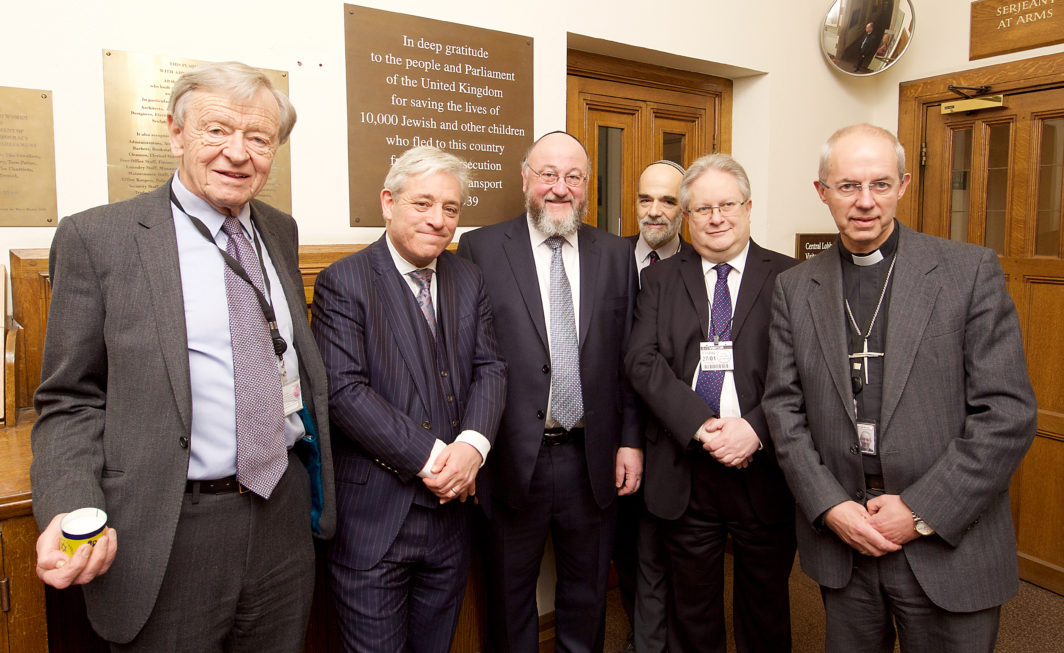 Liberal Judaism’s senior rabbi, Rabbi Danny Rich, helped to rededicate a plaque commemorating the Kindertransport in the Houses of Parliament.

The plaque was donated to Parliament 20 years ago, by the Committee of the Reunion of the Kindertransport, to salute Britain’s act of generosity to Jewish children in Nazi-occupied Europe.

It was rededicated, last week, in the presence of newly arrived child refugees who were reunited with their families from Calais last year by Safe Passage, a project of Citizens UK.

Danny said: “This ceremony was especially poignant, taking place on Holocaust Memorial Day and attended by Lord Dubs, himself a Kindertransport survivor who has done so much to make sure today’s Britain is affording sanctuary to some of the most vulnerable lone child refugees in Europe.”