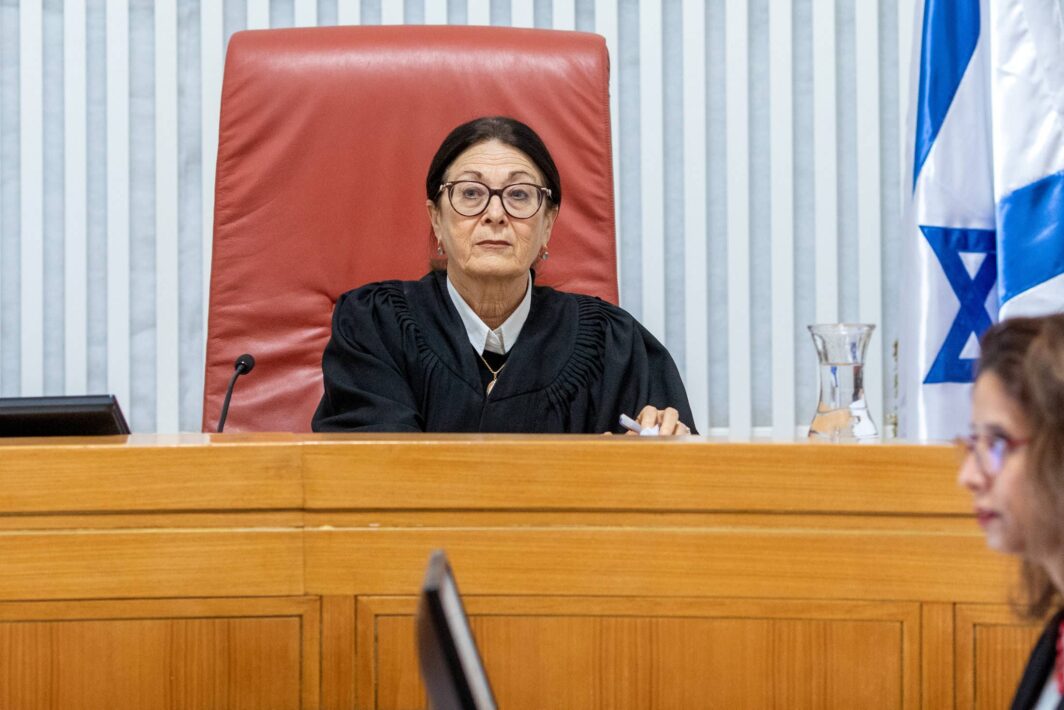 Israel’s Supreme Court has ruled in favour of the country recognising Progressive conversions in a major moment for Non-Orthodox Judaism in Israel.

“Although, it does not alter the Israel’s status quo on issues of religion and state it finally means that conversions officiated by the Progressive movements will be recognised. It shows the beginning of a recognition of the growing importance of a Liberal Judaism in Israel.

“This decision feels like a very personal victory for Liberal Judaism due to our close association with the Israel Movement for Reform and Progressive Judaism (IMPJ) who, together with their legal advocacy arm the Israel Religious Action Center (IRAC), have secured this landmark ruling.

“We know that every step in this fight to democratise religious expression in Israel is central to ensuring that everyone who wishes can have a Judaism which resonates and speaks to them and is not the monopoly of one group of society.”

Below Liberal Judaism reproduces the IMPJ statement, the content and sentiments of which we fully endorse (please note that when they refer to Reform and Conservative movements in Israel, that is the equivalent of Britain’s Liberal, Reform and Masorti Judaism).

The Supreme Court has ruled to recognise conversions by the Reform and Conservative Movements, performed in Israel based on the Law of Return. The converts will receive an Oleh (immigrant) status and Israeli citizenship. The decision was made by a vote of eight judges against one.

This is a major victory for the Israel Reform and Progressive Movement after a 15-year battle and 10 petitions. Judge Esther Hayut, Chief Justice of the Supreme Court said that: “The purpose of the Law of Return is to encourage any Jew – whether they were born as Jews, or chose to become part of the Jewish people through conversion – to make Aliya (immigrate) to Israel.”

What this means is that Israel’s Supreme Court recognises conversions officiated and certified by the Reform and Conservative movements in Israel on the basis of the Law of Return.  These converts will receive Israeli citizenship when until now they were unable to.

Anat Hoffman, Executive Director of the Israel Religious Action Center (IRAC): “The Supreme Court stood in solidarity with these men and women who chose to be Jewish, and once again ruled that the State of Israel is a homeland for all Jews, and that the ultra-Orthodox monopoly may not control conversion in Israel.”

The Israel Reform and Progressive Movement sees conversion as a basic national and religious act. We welcome the Supreme Court decision. This ruling not only protects the rights of those who genuinely choose to join the Jewish people, but also the constitutional status of the Law of Return and the fundamental values of the State of Israel as a homeland for all Jewish people.

Today’s ruling is the latest step in our struggle on behalf of dozens of converts who have been waiting over 15 years for the State of Israel to recognise their Judaism.

This ruling does not change Israel’s status quo on issues of religion and state, but rather protects conversion from the control of the Orthodox rabbinic establishment. Attempts to change the status quo have come from Israel’s Chief Rabbinate and its Knesset representatives, who have drafted and are trying to pass a new piece of legislation – ‘The Conversion Act’. This law if passed will allow racist immigration policies, blacklists, intrusion into people’s private lives, and a value system that is not relevant for most Israeli citizens.

The procrastination in handing down a ruling on the part of Israel’s judicial system emphasised the growing rift between Israeli and Diaspora Jewry. Reform and Conservative leadership have always been open to negotiation and compromise, while the State of Israel continues to dismiss the Reform movement. This treatment has not gone unnoticed by Diaspora Jewry: narrow political interests led to the Israeli government to prevent egalitarian prayer at the Western Wall, and to institutionalise discrimination against Reform and Conservative synagogues in Israel. This ruling gives a chance to narrow the rift.