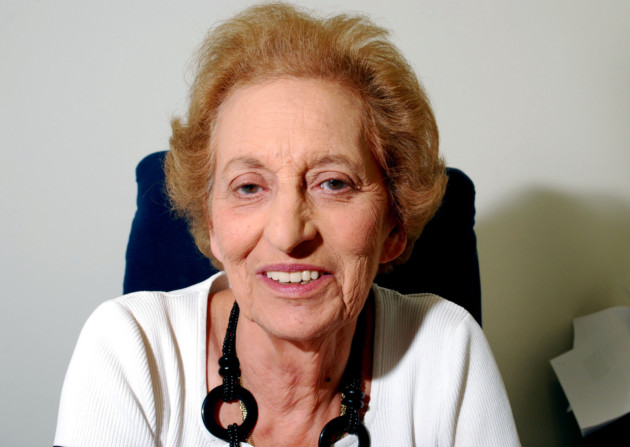 The Jewish News has completed its 120 Over 80 list – celebrating the achievements of those who have influenced and inspired the Jewish community for many years – with more Liberal Jews featured.

In the paper’s final part, which included those with first names beginning R-Z, the following members of our communities were singled out for praise:

Rosita Rosenberg z”l, who sadly died as the newspaper was published. Rosita was Liberal Judaism’s first ever female Executive Director and spent her entire life committed to the movement – serving as a mentor and guide to so many of today’s rabbis and leaders.

Rosita helped to found and set up Liberal communities all across the UK, including The Liberal Synagogue Elstree, where she remained a highly active member.

You can read our tribute to Rosita here – with a full obituary in the upcoming edition of LJ Today.

Lady (Ruth) Morris of Kenwood (pictured), a member of Mosaic Liberal Synagogue described by the Jewish News as a “trailblazer and outstanding role model”.

She was awarded a CBE in 2014 for services to the Jewish community and made history as the first female senior partner of a substantial firm of London solicitors.

Sheila King-Lassman, a stalwart member of Finchley Progressive Synagogue (FPS) for the last 60 years, who was praised for her work at FPS and beyond.

The Jewish News reported how Sheila, who is now Life President of FPS, set up a fund which subsidised families sending children on LJY-Netzer camps.

Outside of Liberal Judaism, Sheila is a senior accredited counsellor, specialising in working with parents through separation and divorce, and co-founded the Concord Prison Trust in 2004, which provides basic counselling skills training for inmates in HM prisons.

Lord (Simon) Haskel, of Kingston Liberal Synagogue, for his support of numerous communal initiatives over the past half-century.

Best known to Liberal Jews as the host of our Patron’s Dinner at the House of Lords, he has been a major help in building our movement’s profile and fundraising efforts.

He was awarded a life peerage in 1993 and, in 2007, received an honorary doctorate from the University of Bolton for his contribution to British technology.

Tony Sacker of The Ark Synagogue, singled out for his incredible work for both the synagogue (previously known as Northwood & Pinner Liberal Synagogue) and Liberal Judaism in general.