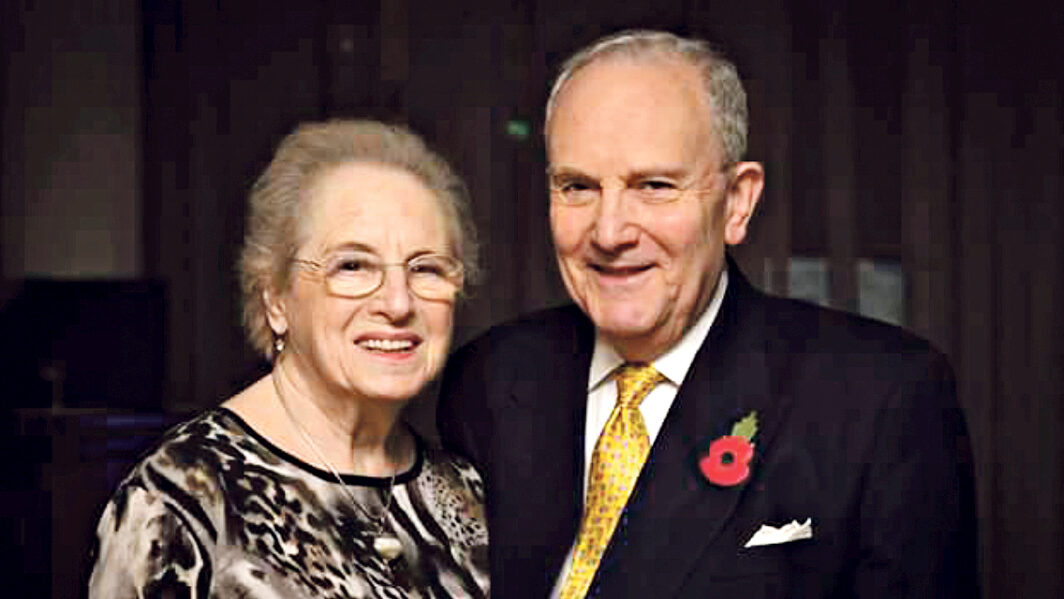 More Liberal Jews have been included in the 120 over 80 list compiled by The Jewish News to celebrate those who have inspired for decades.

The countdown, in partnership with Jewish Care, pays tribute to the Jewish community’s “oldest and wisest” and includes rabbis, volunteers, political figures, celebrities and Holocaust survivors who now educate about the dangers of racism and hate.

The members of Liberal Judaism communities featured in the last two issues, which features those with first names beginning E-R, are:

Rabbi Dr Frank Hellner, Emeritus Rabbi of Finchley Progressive Synagogue (FPS), for being an influential leader of our movement for decades.

Frank served FPS for more than 30 years, where he was renowned his powerful and intellectually rigorous sermons.

He was also praised by the paper for his interfaith work, including serving on the executive of the Barnet Community Relations Council, as Chaplain to the Mayor of Barnet and as Vice President of the Finchley Council of Christians and Jews.

Jeromé and Louise Freedman (pictured) of The South London Liberal Synagogue (SLLS) are very aptly described by the Jewish News as the “dynamic duo” of Liberal Judaism.

Stalwarts of our movement, both currently serve as Vice Presidents and are popular and familiar faces at so many of our communal events.

Jeromé formerly served as chair of the Union of Liberal and Progressive Synagogues (the former name of Liberal Judaism), while Louise is President of SLLS and a member of the LJ Today Editorial Board.

Outside of Liberal Judaism, Jeromé and Louise’s communal activities include roles with the Board of Deputies, London Jewish Forum and Alliance of Jewish Women.

June Bradbury of East London and Essex Liberal Synagogue was selected for her incredible work around inclusion.

June co-founded the ELELS Shabbat Shelanu services – designed to be accessible and sensitive to a variety of needs – and helped to organise the first ever women-led service at ELELS to mark the 100th anniversary of women’s suffrage.

She was also praised for her incredible work during the pandemic, including helping to create a ‘Covid-19 Phone Tree’ to assist vulnerable members of the community.