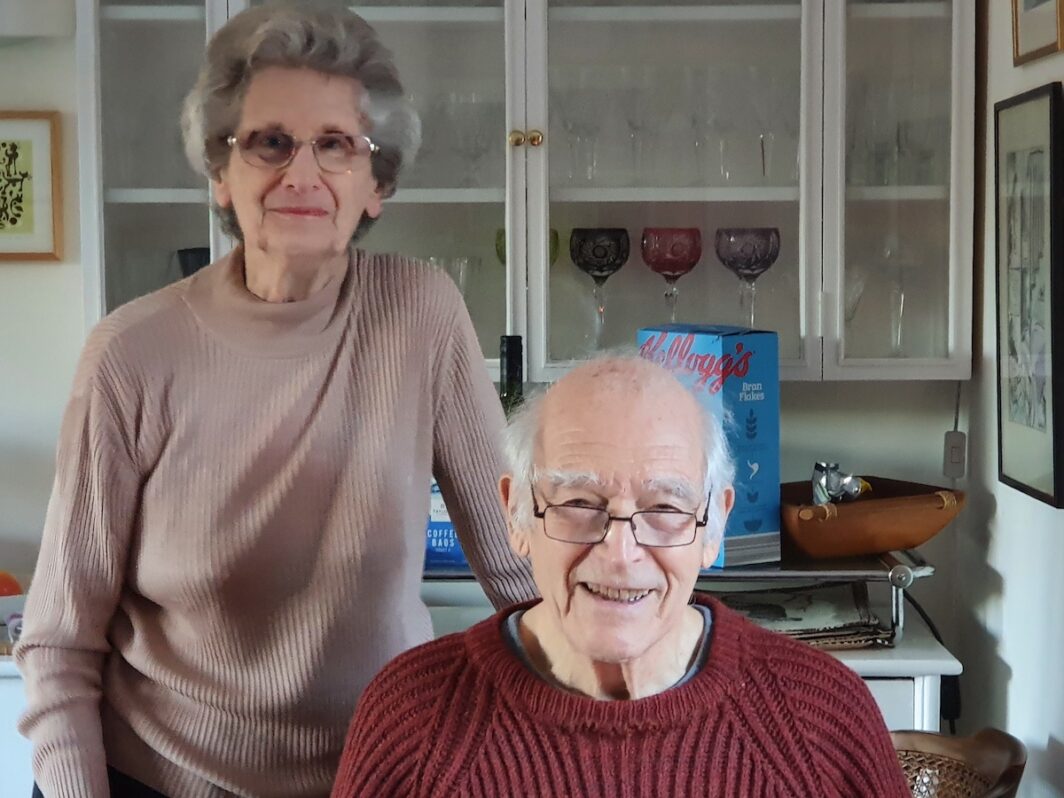 Many members of Liberal Judaism are in this week’s Jewish News – as part of the paper’s 120 Over 80 list.

Over the next four weeks the newspaper, in partnership with Jewish Care, is celebrating 120 individuals aged 80 and over who have influenced and shaped Anglo-Jewry over many decades.

In this issue, which features those with first names beginning A-D, Liberal Jews in the list are:

Bob and Ann Kirk of The Liberal Jewish Synagogue, praised for using their experiences of the Kindertransport and the Holocaust to educate thousands of schoolchildren. The couple, who both escaped the Nazis as children and met at a club for young Jewish refugees, were awarded British Empire Medals in 2019 for services to Holocaust education and remembrance.

Bronia Snow of Kingston Liberal Synagogue, said by the newspaper to have “a remarkable dedication to Holocaust education” that has seen her recount her personal experiences in schools across the country as well as in the national media.

Cynthia and Neil Drapkin (pictured) of The Ark Synagogue (formerly known as Northwood & Pinner Liberal Synagogue) for their remarkable dedication to commemorating the lives of Czech and Slovak Jews murdered in the Holocaust. Since 2002, Cynthia has regularly visited the town of Spišská Nová Ves in Slovakia, contacting survivors and preparing a comprehensive archive of testimonies. Neil has written a booklet about the history of The Ark’s Torah scrolls, one of which originated in Spišská Nová Ves.

David Lipman, a founder of Nottingham Liberal Synagogue and current Vice President of Liberal Judaism. David has been a stalwart supporter of Progressive Judaism in the UK and Europe for more than 50 years, including serving as the Chair of both Liberal Judaism and the European Union for Progressive Judaism. In 2017, he received an MBE in recognition of this extraordinary dedication.

Liberal Judaism’s Chief Executive Officer Rabbi Charley Baginsky was part of the Jewish News judging panel. She said: “It was a privilege to be on this panel and pay homage to the huge achievements of this group across the denominations and Jewish world.

“As a Liberal Jew, I am particularly proud of the number of Liberal Jews on this list, who have so significantly contributed to making our movement the value driven, community based, prophetic voice it is today.”