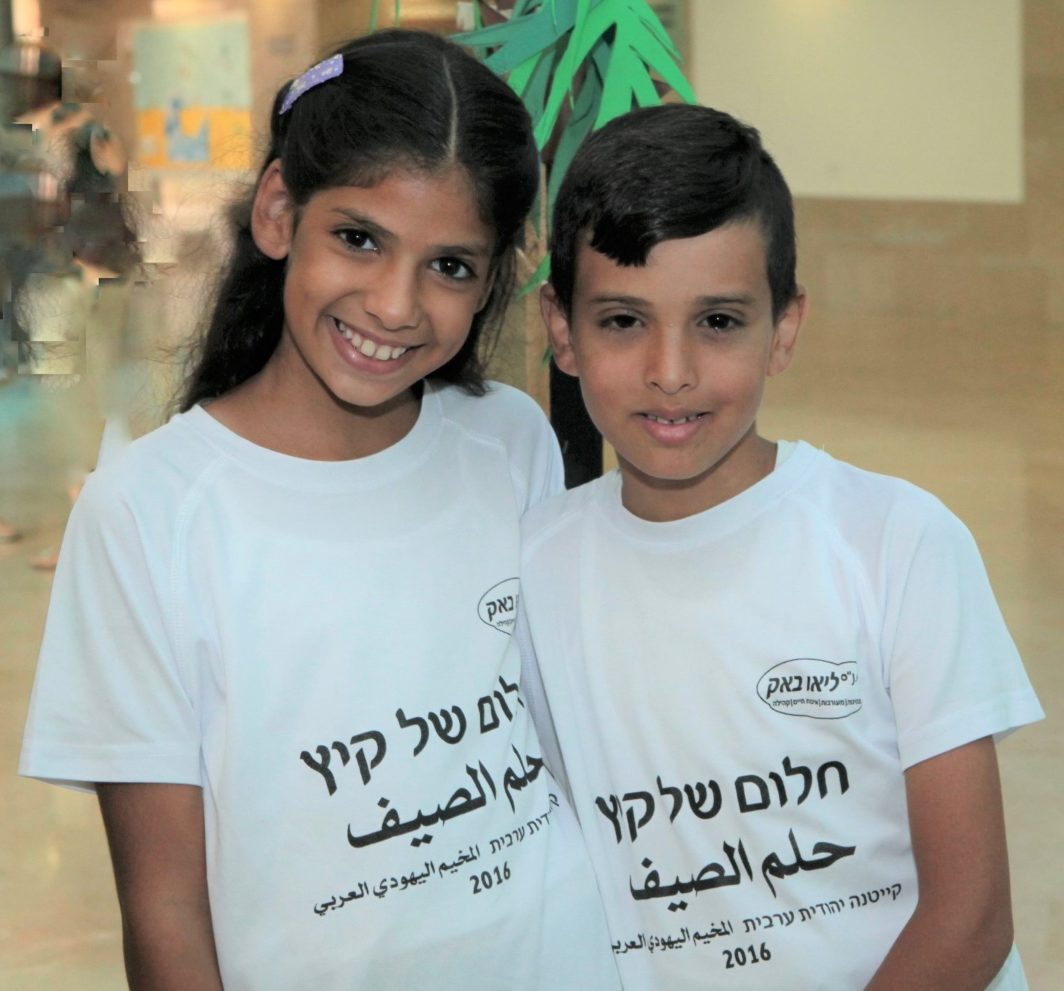 Having spent time acquainting myself with the website, I felt prepared and knew what to expect. Reading about an unparalleled, forward-thinking establishment in northern Israel sounded little less than a utopian dream. The cynic in me argued that it seemed too good to be true – however it truly proved to be an enlightening visit.

Haifa is a unique melting-pot of cultures and for a long time and has often served as a model of Jewish-Arab co-existence; LBEC uses this as a platform from which to develop a shared existence, the difference being shared lives, shared experiences, not separated by culture, religion or history.

Upon my arrival I was introduced to two students called Ziv and Ika; Ziv is Jewish, Ika is Arab-Israeli and they are the best of friends, which is unusual in itself. The boys spoke candidly and freely about how they might not have met were it not for LBEC. They told me about how LBEC is so much more than a school for them and how it is a pivotal component of their developing identities and awareness.

The teens went on to explain that the pluralist, egalitarian ethos infuses every aspect of LBEC from the school to the sports centre to Ohel Avraham Progressive Synagogue to the basketball team, six outreach centres and out into the wider community. Their pride in being a part of such an institution was abundantly clear.

Both boys were guests representing LBEC at the Limmud Festival last year; students are encouraged to take advantage of trips both within Israel and internationally where they have bestowed upon them the privilege and responsibility of strengthening ties with other Jewish communities and teaching about implementing the spirit of the Jewish State’s founding vision, both educationally and socially. The opportunities made available to these students and others have instilled in them hope, compassion and the belief that they can be a positive force for change.

I was taken to visit some of the outreach centres established and developed by LBEC which cater for the needs of minorities, the vulnerable and those neglected on the outskirts of society. There I saw for myself how pivotal the implementation of Tikkun Olam, pluralism and egalitarianism are to the institution, not to mention the degree to which the Haifa community benefit from it.

It struck me that LBEC has evolved into a proven, workable method that has intertwined pragmatism, ideology and humanity which benefits people across generations and boundaries, both real and imaginary.

With 98% of graduates completing matriculation, LBEC has high-achieving alumni in areas including national politics, the IDF and industries including the public sector and the arts.

It became impossible to maintain my initial cynicism as I learned how far-reaching and constructive an influence LBEC had on Israel at local, national and international levels.

I left Haifa feeling like I had caught a glimpse of the future of Israel. Leo Baeck Education Centre has established a network of opportunities made available to communities across Haifa; each community, each family, each person who benefits from the Leo Baeck Education Centre is a building block for a shared society in the State of Israel and a stepping-stone closer to a peaceful, shared existence.

[Suzy Gold is the administrator for Friends of Leo Baeck Haifa]