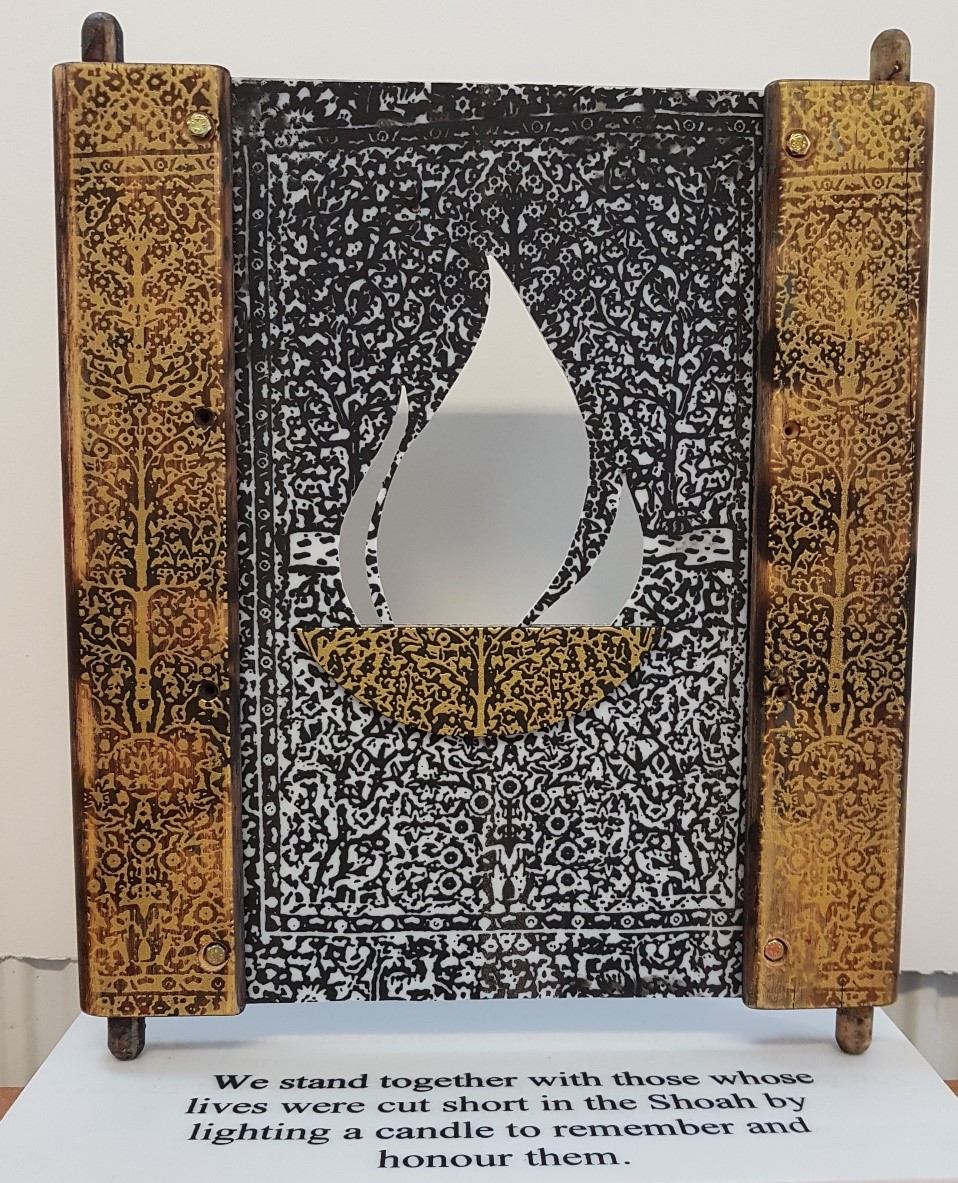 A flame created by Leicester Progressive Jewish Congregation (LPJC) to honour Greek Jewish victims of the Shoah was one of those chosen to be part of the Holocaust Memorial Day Trust’s 75 Memorial Flames project.

The Trust – which organises Holocaust Memorial Day – invited faith organisations, schools, local authorities, community groups and art clubs from across the country to submit designs for today’s UK Commemorative Ceremony. They will then be featured in an exhibition.

More than 300 flames were sent in, with 75 chosen – the number representing the 75th anniversary of the liberation of Auschwitz-Birkenau. LPJC was one of only two synagogues selected by a panel of artists and experts to be featured.

The congregation – many of who have personal histories related to the Holocaust – were assisted in the project by local Greek artist George Sfougaras.

He was brought up in Heraklion, where his parents had witnessed how Jews were treated by the Nazis and in particular the tragic fate of the last Jews of Chania torpedoed by the British whilst in a German boat destined for Auschwitz.

George works closely with refugees and asylum seekers, helping them express their personal memories and cultural identity in art work. His own Greek Orthodox family were refugees from Turkey.

The LPJC flame is inspired by a beautiful Tik Torah case from Ioannina in Greece, and features screen-printed images of the Tree of Life.

We will feature more about this amazing flame in the upcoming issue of LJ Today.