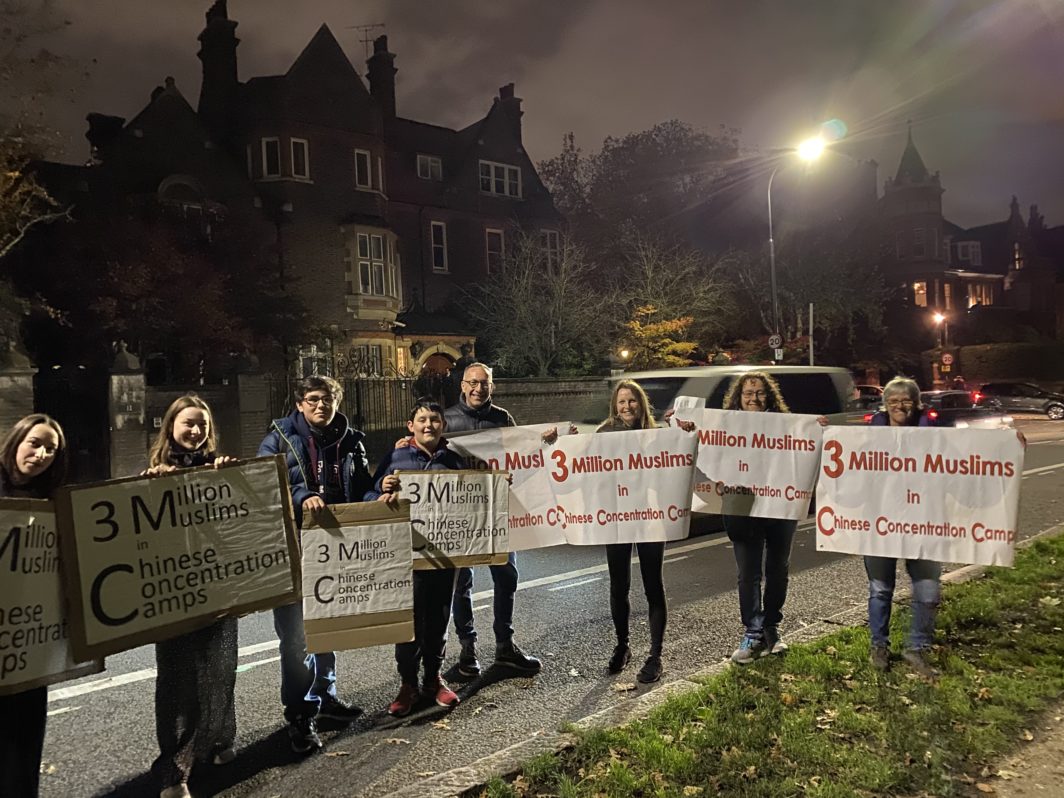 Two Liberal Jewish families used their half term holidays to join the weekly demonstration outside the Chinese Cultural Embassy to draw attention to the three million Uyghur and other minority Muslims incarcerated by the Chinese in concentration camps.

Aaron said: “The similarities to Shoah themes of dehumanisation, destruction of a culture and religion, imprisonment – all features of the Chinese cultural genocide of Uyghur Muslims – are too clear.

“Unless governments act now, this may turn into another kind of genocide. We have a duty to draw attention to another humanitarian crisis on this planet.”

Karen Worth added: “It is important to our family, as Liberal Jews, to stand against injustice. We were pleased to join this protest to highlight the appalling oppression of minority Muslims in China.”

A United Nations human rights panel recently reported that millions of Uyghur and Muslim minorities have been forced into “massive internment camps” for “indoctrination”.

Sam Alston from René Cassin commented saying “Our history and traditions speak to us of the horrors of totalitarian control over minority groups and the danger of human rights abuse anywhere in the world. We will continue to support efforts to end China’s genocidal repression of its Muslim minorities in Xinjiang Province.”

Liberal Judaism’s senior rabbi, Rabbi Danny Rich, also recently joined the weekly protest, while The Liberal Jewish Synagogue’s Rabbi Alexandra Wright took part in a fast towards the end of Ramadan to try and raise awareness. The fast provided a symbolic identification with the Uyghur Muslims, who are not allowed to fast or practice any part of their religion.