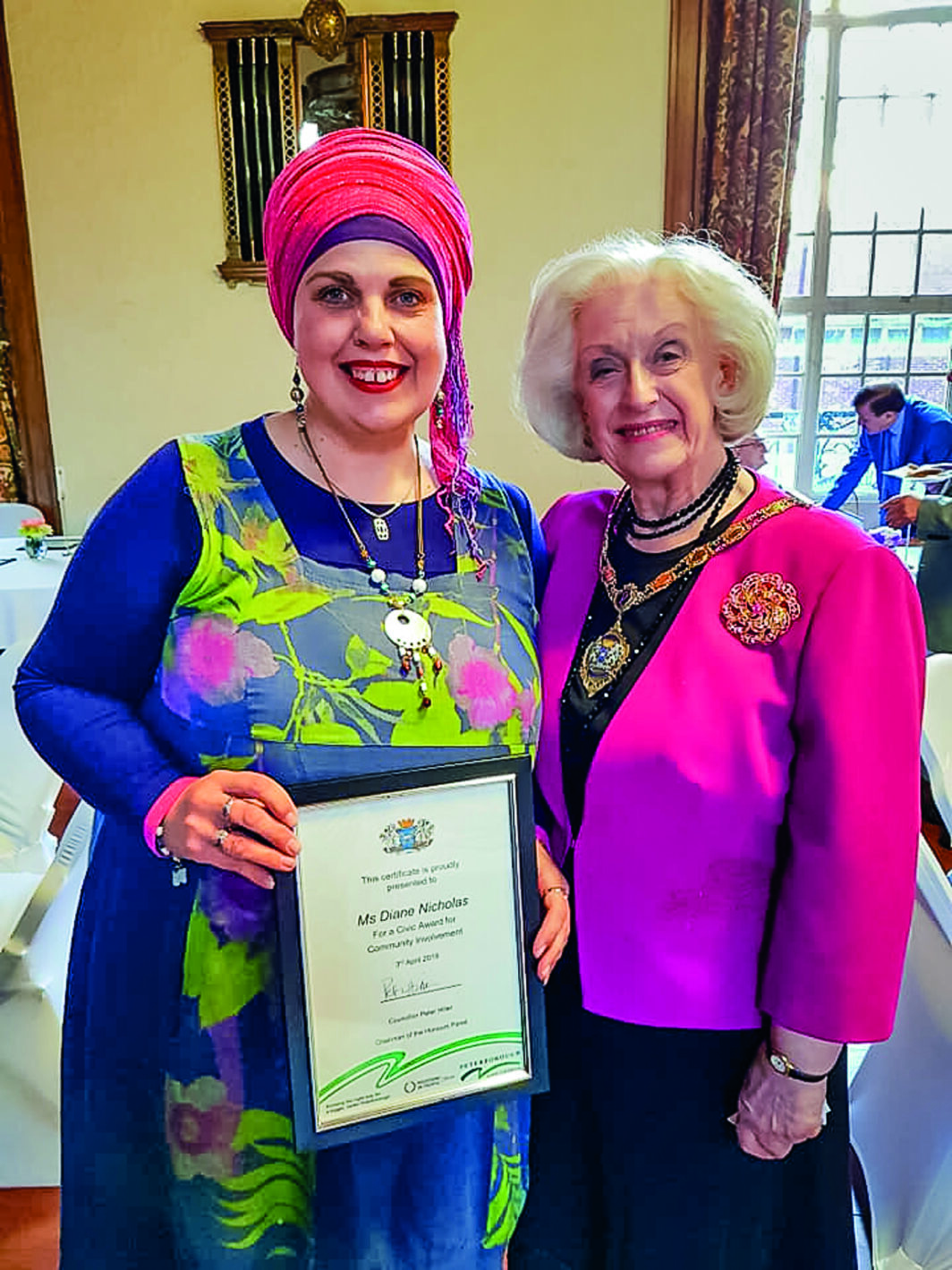 Di Nicholas of Peterborough Liberal Jewish Community received a Civic Award from Peterborough City Council for her contribution to developing interfaith relations in the city.

Di – who was presented with the award by the Mayor and Mayoress of Peterborough – has had a huge impact locally through her work with other religions.

She serves on the local interfaith council, set up a branch of the Jewish/Muslim women’s network Nisa-Nashim and even led a crowd in Peterborough’s city centre in Od Yavo Shalom Aleinu… without any backing music. Last year she was also instrumental in setting up a local branch of Nisa-Nashim, the Jewish Muslim Women’s Network.