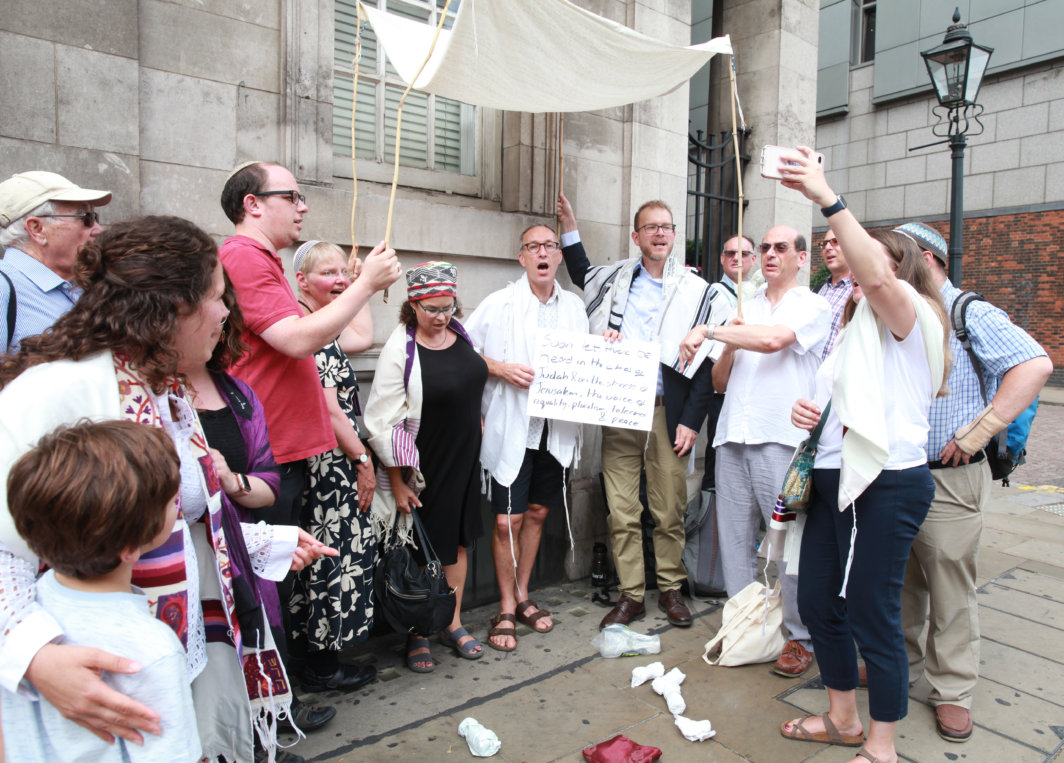 Liberal Judaism rabbis came together with Reform and Masorti colleagues to erect a chuppah outside of the Israeli Embassy in Kensington to protest last week’s detention of an Israeli Conservative (Masorti) rabbi for performing non-Orthodox weddings.

The British rabbis smashed a glass – the symbolic ritual that occurs at the end of all Jewish wedding ceremonies – under the canopy to demonstrate their outrage and defiance after Rabbi Dov Haiyun was detained in Haifa.

Israel is the only democracy in the world where a Progressive Jew cannot marry in the way that they wish. Anyone conducting a wedding that isn’t strictly Orthodox could face up to two years in prison. There is no civil marriage in Israel, all marriages must be conducted in a religious manner and Jewish marriages may only be conducted under the auspices of the strictly Orthodox rabbinate.

The Liberal, Reform and Masorti movements have also joined renewed international calls for equality of Jewish denominations in Israel.

Rabbi Aaron Goldstein, chair of the Conference of Liberal Rabbis and Cantors, said: “Whilst we can celebrate the continuity of Judaism in the diaspora, it is ironic that in the Jewish State, rabbis outside of a tight cabal are forbidden.

“A rabbi being woken at 5am for performing a wedding – this is not Shem Ha’Shamayim – for the sake of heaven.

“In a week when the Israeli Government has decided to discriminate against the LGBTQI+ community and Arabs, challenging the democracy of the State, it also decided to police Judaism.”


Click here to view a video of the protest