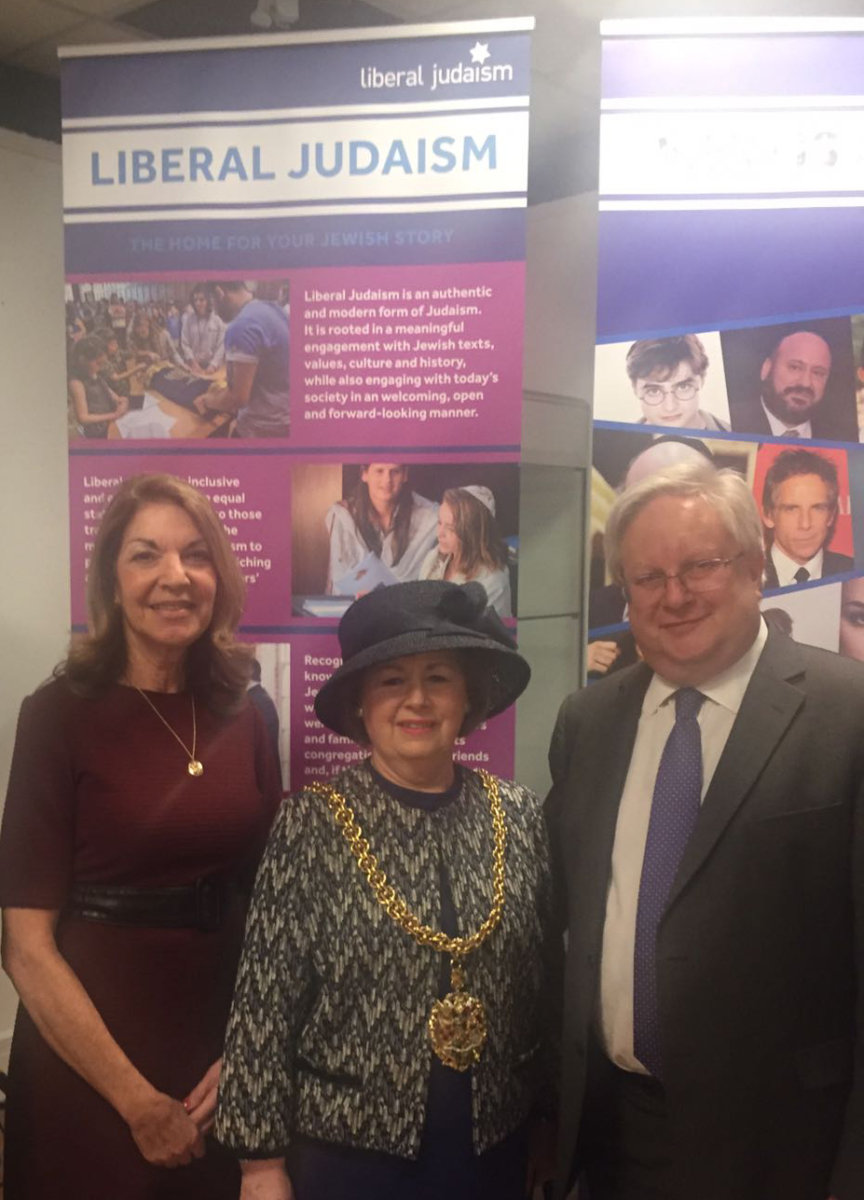 Hundreds of Cumbrian schoolchildren and members of the public will be learning about the Jewish way of life this month following the launch of the Jewish Living Experience (JLE) in Carlisle.

Children from all over the region will attend the JLE, in which Liberal Judaism are partnering with the Board of Deputies, to enable the project to have a much wider reach across Cumbria, the North West and Scotland.

The exhibition is aimed primarily at school groups and enables visitors to gain an insight into Judaism as a living faith. The exhibition, organised by Education Development Manager Sara Perlmutter with assistance from Liberal Judaism’s Fundraising & Events Manager Tom Rich, supports the teaching of Judaism in line with all agreed religious education and citizenship curriculums.

Liberal Judaism’s Senior Rabbi, Rabbi Danny Rich, took a break from his current sabbatical to attend the launch of the JLE, which includes an exhibit explaining the differences between Liberal Judaism and other denominations.

Danny said: “Liberal Judaism is proud to be part of such an important project, especially as this this was a first for the Board of Deputies in working with any other organisation to deliver the Jewish Living Experience.

“Since the days when Rabbi Dr Israel Mattuck set up the first Jewish-Christian society in this country (the London Society of Jews and Christian in 1927), Liberal Judaism has considered interfaith relationships and education as it’s raison d’être.

“The fact that the Liberal Judaism version of the Jewish Living Experience is being taken to Cumbria, Lancaster, the Lake District and Edinburgh reinforces our movement’s commitment to smaller Jewish communities.”

“Over the next two weeks hundreds of non-Jewish school children will have the opportunity to learn about our beliefs, culture and practices, which is fundamental in promoting understanding and respect for our community. The exhibition in Carlisle marks a new initiative in partnership with Liberal Judaism, who have obtained sponsorship to purchase a copy which will be used in Cumbria and the North West.”

The launch was attended by the Mayor of Carlisle Trish Vasey together with Cumbria and Carlisle City councillors, members of Cumbria SACRE and the local Friends of Israel group, and several Interfaith leaders.