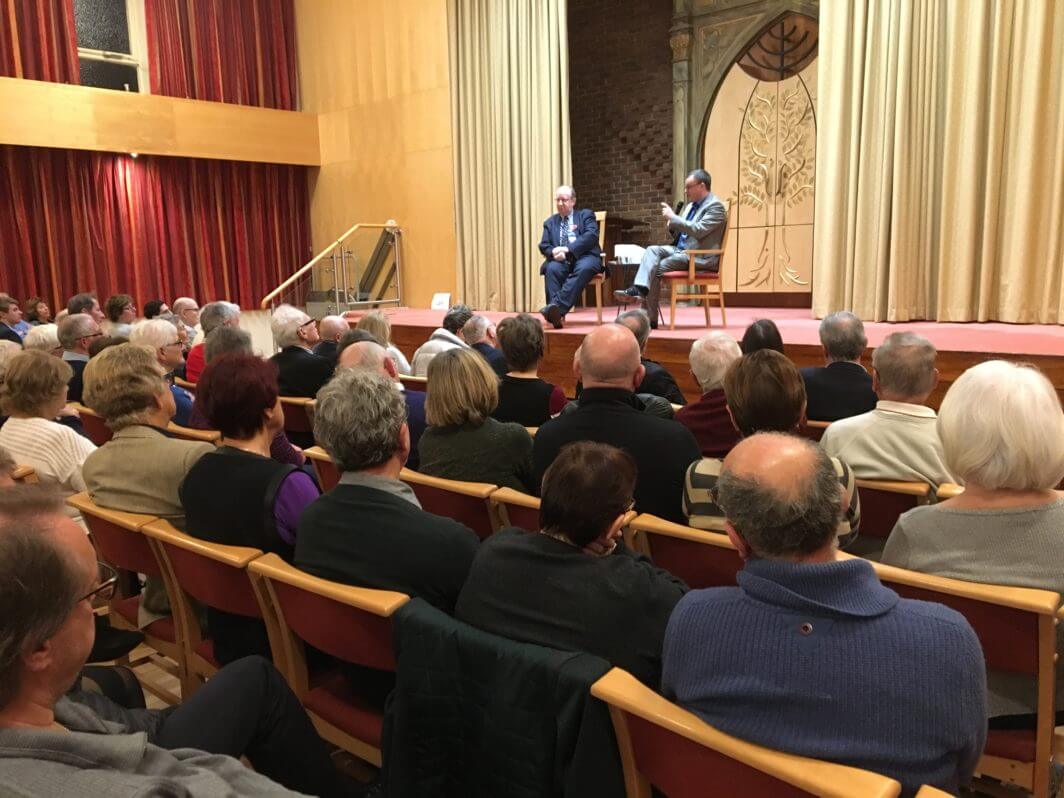 More than 150 people attended a special event to celebrate the centenary of the Balfour Declaration at Northwood & Pinner Liberal Synagogue (NPLS).

In a wide-ranging chat, the pair discussed what it means to be both British and Jewish and gave their thoughts on the 1917 Balfour Declaration and how it laid the foundation for the establishment of the State of Israel.

NPLS’ Rabbi Aaron Goldstein said: “It was wonderful to see the shul so full, with people of all ages and a diverse range of opinions.

“Listening to Matthew and Danny in conversation, and answering questions from the floor, was highly educational and made us examine our past, present and future as British Jews.”

The event was made possible thanks to the generous support of the World Zionist Organisation and Keren Kayemeth LeIsrael – Jewish National Fund.