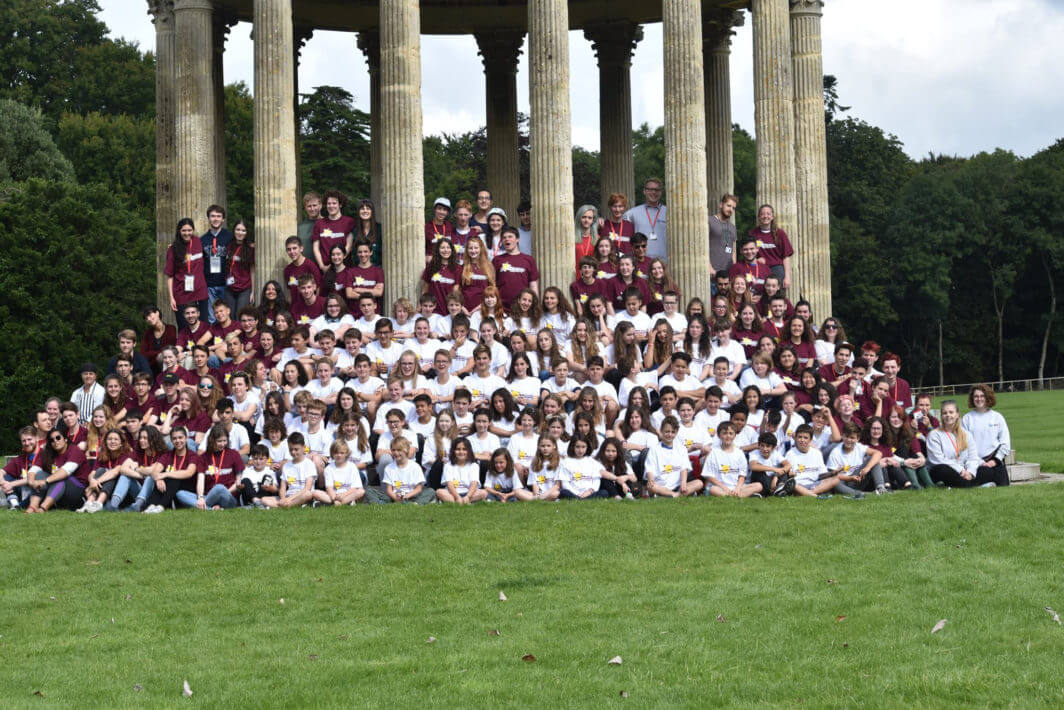 While professionally, as Head of the UJIA Centre for Israel Engagement, I admire and support all the Jewish youth movements, my heart will always be with LJY-Netzer and the camp I have so many fond memories of as both a participant and a leader.

So, for those who weren’t there, here are four little windows into the wonderful world of Kadimah.

1) It’s Friday night. Young people are all dressed that bit more smartly, a whole-camp Kabbalat Shabbat with plenty of singing and a chance to reflect on the week is over and we’ve had a lovely dinner, accompanied of course by a loud, joyous and energetic Birkat Hamazon.

Everyone heads to the main hall for oneg, a giant song and dance session. About halfway through, Hila (the Jewish Agency for Israel UK shinshinit working with the movement) invites all the Israelis, three madrichim and five chanichim, onto stage. A Tel Aviv club classic rings out and they teach the whole camp – participants and leaders – this new, modern Israeli dance. For everyone in that room at that time, Israel is pure fun, positivity and excitement.

2) It’s Saturday morning. I’m with Chalutzim, the 15 year olds, who are camping in the grounds of the main site. It’s Shacharit and Rabbi Leah Jordan (the welfare officer) and I have joined the service. When we reach the Torah service, Leah takes out the Torah scroll. Encouraging everyone to come forward and have a look, she shows them some of the features of how a scroll is laid out. Then Leah gets out her tefillin, and talks a bit about what they are, why one might wear them and what their place might be within the Progressive world.

The Chalutzimniks have plenty of thoughts and opinions about the value of various rituals, the role of gender in how we see ritual items and the nature of the divine as expressed in midrash. Serious stuff, discussed in an inclusive way – the kind of conversation that develops and challenges the teenage Jewish identity in a way that only the youth movement framework really can. And it’s only 11am!

3) It’s Saturday evening. Shabbat is over and camp is returning to its normal rhythm. Ananim and Plagim (the 8-11 year olds) are having their fun evening activity, an LJY-Netzer classic gangashlaf. It’s a kind of messy challenge-based team game, complete with sleeping bags and some questionable sandwich fillings!

A first-time leader (and soon-to-be Shnattie) is doing a brilliant job of gently coaxing up a shy youngster to represent their team in a very-slightly-embarrassing activity. She isn’t keen, but with that wonderful combination of non-coercive but inhibition-lowering peer pressure and lots of encouragement and support from a leader that she has built a strong relationship with over the past week, she eventually is persuaded to go up. And wins the challenge! Having gone up probably a tad scared, she comes back to her team a hero and the smile is wide on this nine-year-old face.

4) It’s Sunday afternoon. There have been Liberal Jewish youth camps for 70 years, and to celebrate this anniversary, Kadimah has invited guests to join for a few hours.

Plenty of people have taken up the call, including 35 of the 49 Israel Tourniks and their madrichim, as well as staff and officers of Liberal Judaism and bogrim (old members).

Well over 200 people, the largest gathering of young Liberal Jews for many years, are sat in the main hall for the introduction to the Alice in Wonderland-themed afternoon. The lights go down, a pretty decently-made video featuring various members of the tsevet (staff) plays and we are introduced to Alice and the various creatures of Wonderland. As it finishes, the characters come to life in full costume as they appear in the hall!

A sketch later and the scenario is set: the Queen of Hearts’ tarts have been stolen, and each group of participants has to defend their character from the Mad Hatter’s Tea Party against the Queen’s allegations.

Split into teams, the participants (and Tourniks) emerge out into the outside field to five amazing inflatables. They rush over to have a go at human-table-football, a Gladiators-style duel, bouncy sumo etc – all in aid of defending their character. With plenty of water on hand to quench thirst, the medic ready to tend to any small bruises and madrichim carefully supervising the young people to make sure all is safe, the next couple of hours pass in a flash.

It’s always a pleasure to visit Kadimah in my role as the Officer for Youth and Education, and the levels of care, education, inclusivity, youth work and ideological engagement are just wonderful to behold. 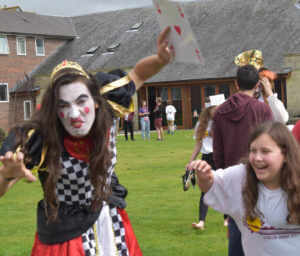