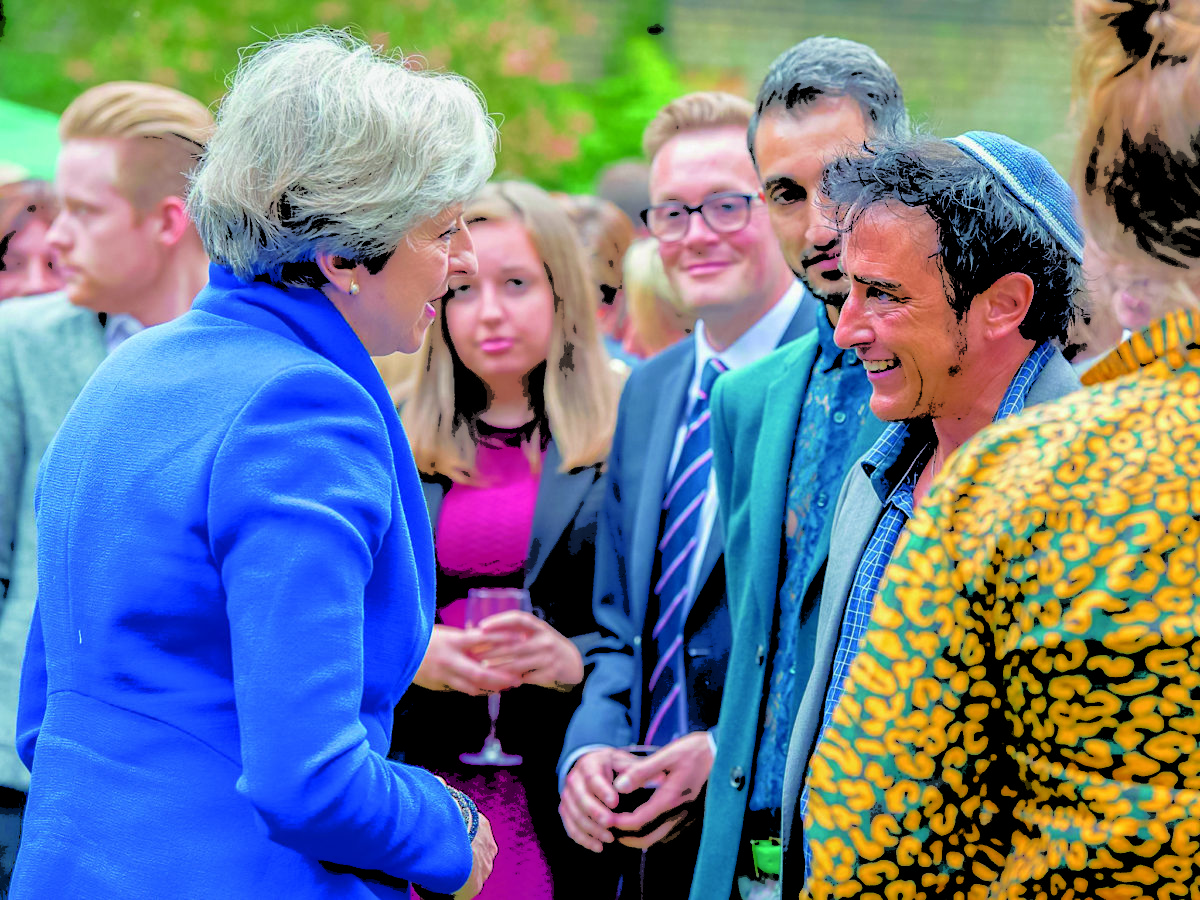 Liberal Judaism’s Shaan Knan spoke with Prime Minister Theresa May at a 10 Downing Street reception to celebrate the LGBTQI+ community.

Shaan said: “I mentioned how our movement led the way on the fight for equal marriage, as well as our pioneering Rainbow Jews, Twilight People and Rainbow Pilgrims projects.

“I also stressed how I was happy to hear about the Government’s commitment to equality and human rights, and pointed out that funding and support was much needed when it comes to minorities within minorities such as LBGTQI+ people of faith.”

The reception, which was first held in 2009 by then Labour Prime Minister Gordon Brown, was attended by leading figures from the LGBTQI+ community and allies. This year’s event also marked the 50th anniversary of the law that partially decriminalised gay sex in England and Wales.

The Prime Minister gave a speech on equality, stating the Government’s continued commitment to the LGBTQI+ community and making it clear that the Conservative Party’s pact with the DUP will not change that. She also stated that LGBTQI+ people in Northern Ireland should have the same rights as people across the rest of the UK.

Mrs May also spoke about how transphobic bullying was a serious problem and confirmed that the Gender Recognition Act (2004) was being reviewed, making legal processes for registering a change of gender less distressing.

Shaan added: “In view of our trans equality campaigning work this is brilliant news and a great achievement.”

The Prime Minister’s speech can be read in full here.