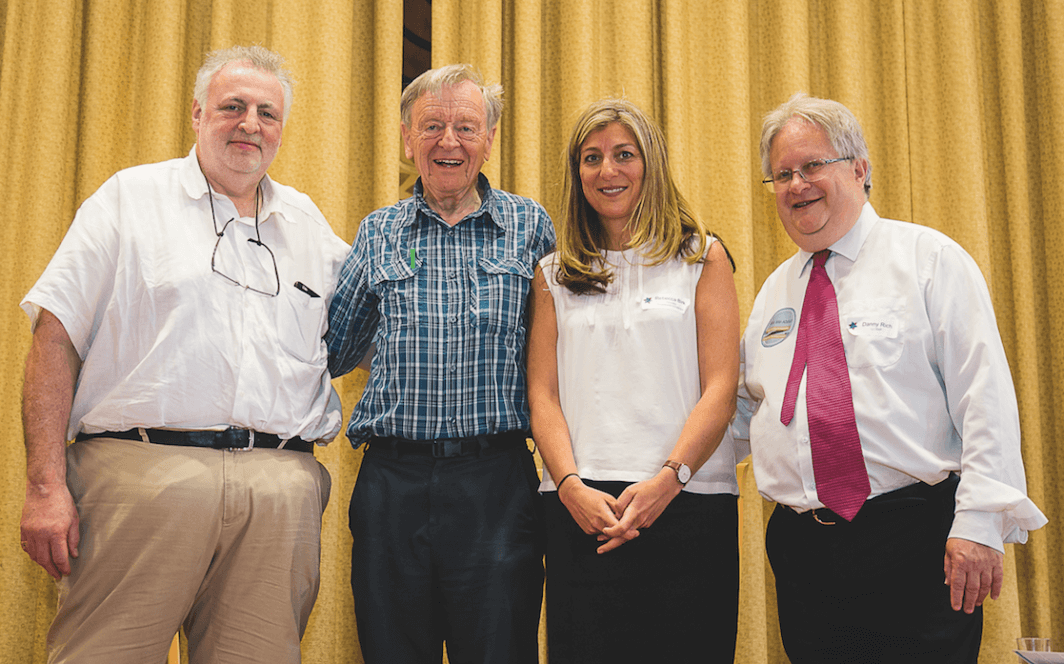 No topic was off the table at the Liberal Judaism Day of Celebration 2017, as 250 impassioned Jews of all ages debated everything from the impact of the recent UK general election to fighting antisemitism to how to use faith as a force for good.

Delegates from 32 communities around England, as well as Edinburgh and Copenhagen, packed into Northwood & Pinner Liberal Synagogue (NPLS) for the event, which tackled the question ‘Is Liberal Judaism Political Judaism?’

The first keynote speaker Reverend Rose Hudson-Wilkin – chaplain to both the Queen and the Speaker of the House of Commons – challenged delegates to live their faith, arguing that helping others and speaking up for the vulnerable was even more important than attendance at synagogue or church.

She said: “It is better to live according to religion’s values than to preach religion on street corners. When we live what our faith means… that is when we will change the world.”

The second keynote speaker Lord (Alf) Dubs – who came to Britain on the Kindertransport in 1939 and is a renowned campaigner for today’s refugees – spoke passionately on pressuring our politicians to do more to help those fleeing persecution abroad.

He said: “The Liberal Jewish community’s unswerving support of the rights of vulnerable children has been critical and impressive. We must always remember that every child brought to safety is a victory for humanity.”

Other speakers at the Day of Celebration included Lord (Danny) Finkelstein, associate editor of The Times; academic David Hirsh; Board of Deputies’ chief executive Gillian Merron; and Emily Holzhausen OBE, director of policy and public affairs at Carers UK. The key sessions in the main hall were also broadcast to homes around the world, via the NPLS live streaming service.

Rabbi Danny Rich, senior rabbi of Liberal Judaism, said: “As you would expect, Liberal Judaism set itself a difficult and controversial topic. But its rabbis, lay congregants and staff approached it with depth, breadth, thoughtfulness, inclusiveness and a determination to transform thinking and talking into practical ways of bringing Liberal Jewish values and the Liberal Judaism message to our needful society.”

The results of the LAFTAs – a short film contest for cheders – and Music Composition Competition were announced, with Crouch End Chavurah and Phyllis Alden of Manchester Liberal Jewish Community victorious.

As well as the Day of Celebration itself, a whole weekend of events included a Kabbalat Shabbat on Friday night at East London & Essex Liberal Synagogue and Saturday’s Day Celebrating Liberal Jewish Music at NPLS. After the event concluded, many delegates went next door to Northwood Methodist Church to enjoy the play 2067 – Hard New World. The show, written by NPLS members, with a cast made up of members from both the synagogue and the church, did indeed, to quote a line from the play, prove to be a real “interfaith love-in”.

Rabbi Rebecca Birk, chair of the Day of Celebration organising committee, concluded: “Liberal Judaism has always been at the vanguard spiritually and ethically – punching well above our weight in the Jewish community and beyond.

“The Day of Celebration was truly that, as 250 of us recognised the progress and tradition that animates our prayer, our learning, our music and our just action.”