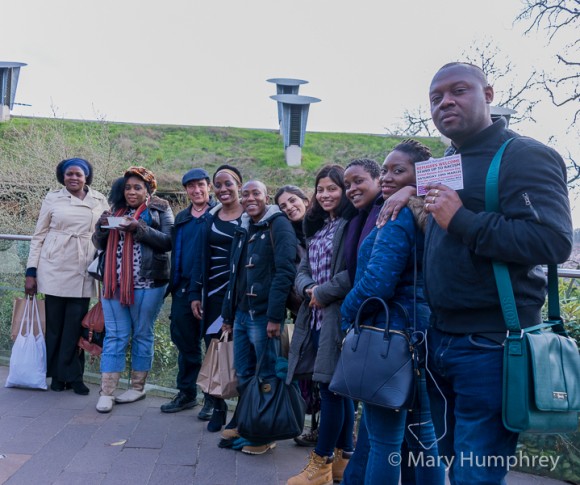 It is Refugee Week from 19 – 25 June. The week takes place every year across the world and we spoke to Rainbow Pilgrims about their work with LGBTQI immigrants, refugees and asylum seekers.

Many wonderful and talented people have had to flee their country of origin because of their sexual orientation or gender identity. Research shows that 76 countries still prosecute people on the grounds of their sexual orientation – seven of which punish same-sex acts with death. Still, even in countries that have supportive legislation, many LGBT people feel unsafe. DJ Scotch, now based in Manchester, found it too risky to come out as lesbian in his Zulu community and was only able to transition from female-to-male safely here in the UK. He reflects on how his life would look like these days back in South Africa,

“Walking in the street, what would I be inviting? I would be so insecure about why people are looking at me and what they’d be thinking. I would be uncomfortable, basically. Let alone to transition, it would be dangerous… Already people there are confused about lesbians, and how then would I even start explaining myself as being transgender?”

We believe there’s generally still a lack of awareness how amazingly diverse the UK’s immigrant population actually is, and that some refugees and asylum seekers are lesbian, gay, bi, trans, queer/questioning or intersex.

The project Rainbow Pilgrims: The Rites and Passages of LGBTQI migrants in the UK aims to fill this gap and give LGBTQI immigrants, refugees and asylum seekers a platform to tell their stories and celebrate their diverse identities and backgrounds.It is supported by The National Lottery through the Heritage Lottery Fund and hosted by the charity Liberal Judaism.

We are extremely excited to be working alongside the Horniman on various events around the heritage of LGBTQI migrants in the UK. In fact, our great collaboration already started earlier this year at the annual Crossing Borders Day in March. We invited our friends from Micro Rainbow International to explore the concept of storytelling using museum objects. Micro Rainbow International UK works with LGBTI asylum seekers and refugees to heal through the arts and combats isolation.

Together we can create better understanding between different communities and to encourage successful integration, enabling LGBTQI and indeed all refugees to live in safety and continue making a valuable contribution.