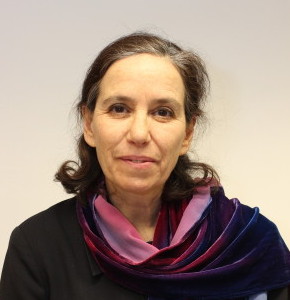 This sermon is offered as a reflection on terrorist events that have happened, not only in recent days but in over the past two years. It was a sermon given on Shabbat Balak, July 4th, 2015 and has been slightly amended to include recent events.

‘God is like the horns of a wild ox’
Shabbat Balak

Parashat Balak follows the fortunes of a heathen prophet, Balak from the narrow pathway where his journey to curse the Israelites is blocked by an angel of God to the plains of Moab at the borders of his country. The command of Balak, the king hangs over him, to curse the Israelites and so prevent them from crossing through his territory. Yet, as he catches sight of the Israelites, encamped below him, he opens his mouth – supposedly to curse the enemies of the king – but instead invokes blessings on the people, with the words that open our daily morning services: Mah tovu ohalecha Ya’akov, mish’kenotecha Yisrael – “How lovely are your tents O Jacob, your dwelling places, O Israel” (Numbers 24:5).

In a series of poetic oracles, Balaam praises the people – “How can I curse whom God has not cursed?” he asks. He sees Israel not as displaced, poor refugees, wandering from one place to another, but as a “people that dwells apart” whose descendants will be as numerous as the stars of the sky and whose God he recognises as a God of force and vision, and beyond human knowledge. “God is not man to be capricious, or mortal to change His mind. Would he speak and not act, promise and not fulfil…” And then comes a remarkable and rather mysterious verse: El motzi-am mi-mitzrayim – k’to’afot re’em lo – “God who frees them from Egypt is for them like the horns of the wild ox” (Numbers 23:19-22).

“God who frees them from Egypt is for them like the horns of the wild ox.” Bear with me a moment as we look more closely at this image, because I think it captures something that we all feel in these frightening and uncertain times of unpredictable violence, and in our questions about and responses to the brutality of recent events whether in Europe, Northern Africa, Nigeria and ten years ago this week in the July 7th bombings on our very own doorstep here in London.

“God who frees them from Egypt” – this is the God of the Ten Commandments, “I am the Eternal One your God who brought you out of the land of Egypt, out of the house of slavery”, a protective liberator who rescues the Israelites from slavery, courts them in the desert, like a lover wooing his bride to be, speaking tenderly, promising her love and affection, companionship and faithfulness for years to come. This is the God who makes a covenant with Israel, vowing to be their God, if they swear to be God’s people, God’s servants, and witnesses that God is their God alone.

But the verse concludes strangely – k’to’afot re’em lo. The Torah uses an astonishing simile – astonishing, both in its imagery and because it’s not clear to whom these words refer. They mean literally “like the peaks (as in mountain peaks) of the wild ox.” The peaks of a wild ox must, most obviously, be its horns, but to whom does the wild ox refer and what is the significance of this image? Is it the Israelite people in whom Balaam sees great strength – “a people who rises like a lion, leaps up like the king of the beasts”? What does he see in the people’s strength – their military might or their prevailing over other nations? Or, is it God who is like the horns of the wild ox, a symbol also of strength, protection and forcefulness: God who not only brought them out of Egypt in the past, but remains with them in the present? (Robert Alter, The Five Books of Moses, ad loc).

But these horns of the wild ox – however high they may be, signifying God’s eminence and power – are also figurative of violence and brutality. The goring ox that pushes its horn to do damage and even to kill is a familiar image from the Book of Exodus and in talmudic literature. The animal is to be stoned, the owner fined and even stoned himself if he has been unable to control it.

What is the Torah saying here? That God is like the horns of the wild ox? If these words are a metaphor for God, then it is a forceful, strong and powerful God that Balaam invokes in these verses, and a God who also has the capacity to damage and destroy. Surely this is not a reading that we can be comfortable with and yet does it not come close to the ideology of those cults that call on their so-called religion to murder and destroy?

Let me pause here to reflect on the catalogue of brutality that seems to accelerate as each day passes. Nearly thirty British and other tourists were killed on a beach in Sousse by a gunman just over a week ago. One hundred Muslims were massacred by Boco Haram terrorists in Nigeria on Thursday. Over eighty people were violently killed on Bastille Day in Nice, following a traumatic year in Paris from the Charlie Hebdo and kosher hypermarket murders in January 2015, to the slaughter of 130 people in a series of attacks in Paris in November, where over 360 people were wounded. What is it that exists in the heart or mind of those who are compelled to commit such atrocities? And lest we think that these crimes are crimes committed only by radicalised and extremist Muslims, let us soberly remind ourselves of the desecration of the Roman Catholic Church of the Multiplication of the Loaves and Fishes on the shore of the Sea of Galilee by Jewish extremists just two weeks ago in Israel.

Why is it that there are hearts that can be awakened to profound compassion and grief, while there are those who hate with such vigour and force, one wonders whether there are pathological reasons for their obsession or whether their actions and words are motivated by cold reason? Do they abuse and brutalise, because they themselves have been abused or brutalised?

The tragedy of this ‘Thirty Years’ War’ of the C21st is that its casualties are not only innocent civilians, but religion and God. For these cellular acts of terrorism and the territorial expansion of ISIS, are perceived to be about religion, a war of fundamentalist Islam against the liberal ideologies of western states: a war of violent, imprecatory brutality, against enlightened principles of equality, pluralism and democracy. A cause for which young women, raised in Britain will remove themselves and young children from homes and school and everything that is familiar to them, for conditions that can only deliver terror and tragedy to them and their families.

I do not have the answers to these questions, for like you I feel perplexed, angry and confused. But I do want to offer two thoughts. Firstly, we need to be especially vigilant in our response to Islam. It is an easy thing to browbeat our Muslim neighbours and their leadership, saying to them, why don’t you speak out more forcefully against what is happening both here and abroad? There is already a sharp rise in anti-Muslim sentiment, and that increases every time there is an attack by terrorists. Shaukat Warraich, Chief Executive of Faith Associates and Chief Editor of Imams on Line acknowledges that “the reputation of religion and its followers [is] further damaged” by those who subscribe to Islamic extremist ideologies and who take credit for these atrocities. But Muslims themselves, he adds, find it difficult to comprehend why such acts have taken place in the “holy month of Ramadan – a time of sincere devotion and reflection for Muslims across the world.” And he calls on British Muslim leadership to prevent the fuelling of hate and violence by seeking to facilitate dialogue and to break down barriers of misunderstanding.

But the second thing I want to add is this: that when evil things are perpetrated in the name of religion, it is the name of God that is besmirched and our response so easily is to turn away from faith in God. Much easier to erase the concept from our consciousness, than wrestle with the God of our texts – a God who walks with us, who speaks with us, who feels anger, despair and joy, a God who exercises moral judgement, a God who weeps at man’s inhumanity to man.

To return to that strange image of God as the horns of the wild ox. The Talmud offers this rather bizarre interpretation: the word to’afot (horns), it says, refers to the ministering angels, the heavenly hosts that exist high up above the peaks of the mountains, while the re-em – the wild ox is taken to refer to demons. The point is, that we have no language for God’s existent being, we grasp for images that might convey ineffability, holiness, complexity, transcendent grandeur and intimate depth. And when we speak about God, we speak only in the language we know of God’s passions and character, God’s moral sensitivity and love, God’s desire for goodness and truth. And even as we speak in metaphors and analogies about God, so we must be careful not to create God in our own image, but allow that ineffable presence (the to’afot) to be a guide to moral consciousness.

To create a demon God (re’em) in the image of those ideologies of hatred and discord is to desecrate God’s name, to shatter God’s being and to rupture the impulse in every heart towards goodness and peace, healing and reconciliation. It is to give in to our own selfish need for self-aggrandisement, bitterness and hatred, impulses, writes the novelist P.D. James, that are “stronger than our love for God, stronger than guilt, stronger than faith, needing no rationalisation, no justification other than [themselves]” (P.D. James, Devices and Desires, pp. 272-273).

It takes great strength and a profound sense of spiritual hope to hold on to the belief that with wisdom, skill, faith and love, there can emerge healing and repair in the world. I know that at a time of despair and helplessness, such a vision seems elusive, if not impossible. We can but pray that the time come soon and that we remain determined to counter war, brutality and hatred, with the goodness and altruism of our own thoughts, words and deeds.