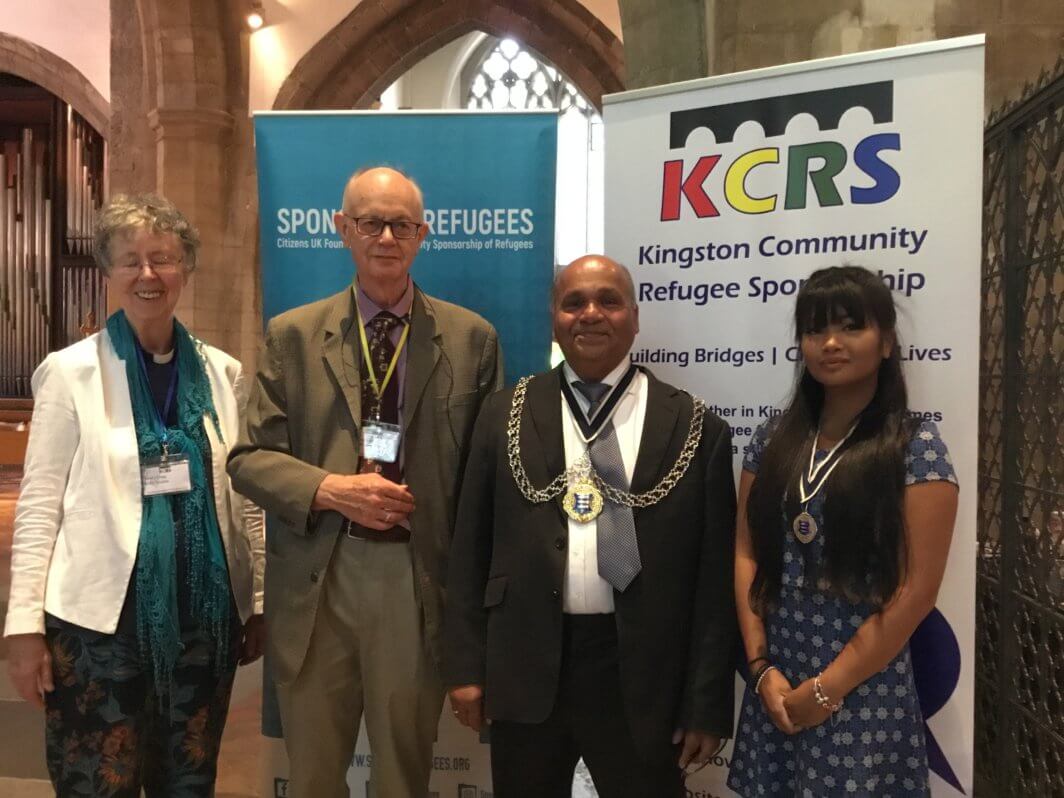 Members of Kingston Liberal Synagogue are working with other local faith communities to sponsor one or more refugee families as part of the Government’s ‘Community Sponsorship’ scheme.

The group has registered with the Charity Commission as Kingston Community Refugee Sponsorship (KCRS) and will shortly be seeking Home Office approval to bring a vulnerable refugee family to the area.

A launch event held by KCRS to publicise its work and invite others to take part was attended by the new Mayor of Kingston, Councillor Thay Thayalan, and his deputy, Councllor Olivia Boult, with the mayor pledging his personal support.

Under the Community Sponsorship scheme, the British Government identifies a refugee family who are especially vulnerable in their current situation abroad, for example because of serious health problems. A charity, in this case KCRS, will then locate suitable accommodation for the family and support them for two years, helping them integrate into British life.

Vince said: “Being involved with Citizens UK, particularly in their Real Living Wage campaign and their Refugee Welcome group in Lambeth, showed me how much can be achieved when faith communities collaborate in their pursuit of social justice.

“It’s exciting to put this into practice in the newly formed Kingston Community Refugee Sponsorship charity, with the support of Kingston Liberal Synagogue and our rabbi. I hope this is a first step towards building a Citizens UK alliance in Kingston.”

The other faith communities currently involved in KCRS are All Saints Church, who hosted the launch event, the Church of St John the Evangelist, the Kingston and New Maldon Methodist Churches and the Kingston Quakers. It also has support from individual Muslims living in the area.