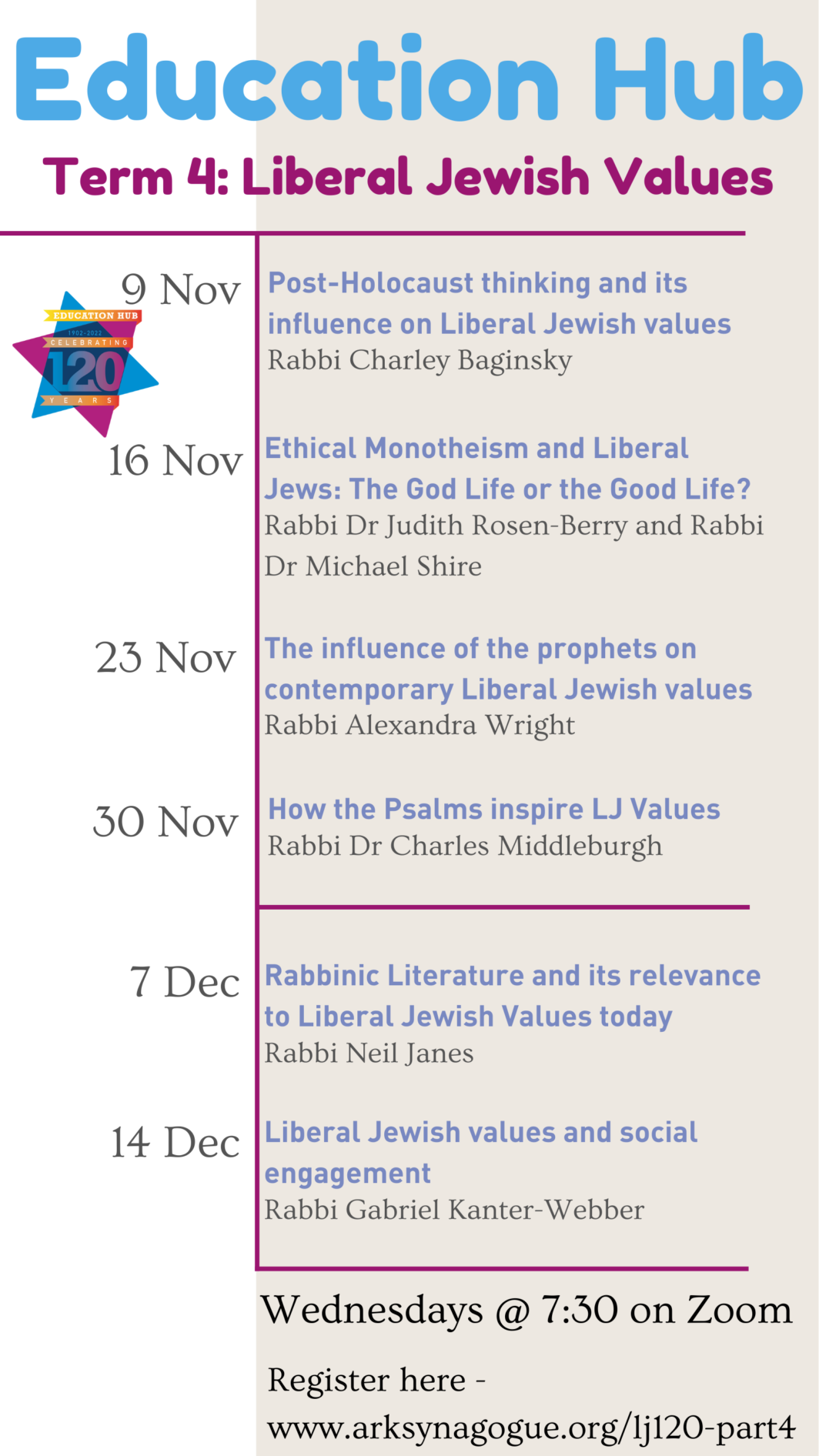 Liberal Judaism’s Education Hub concludes for this term on Wednesday 14 December at 7.30pm with a session delivered by Rabbi Gabriel Kanter-Webber on Liberal Jewish values and social engagement

Describing his session, Gabriel said: “What connects Noah’s ark and the soup protest in the National Gallery? This session will explore the Liberal Jewish values behind engaging with issues in the wider world.”

To register for the Education Hub and receive the Zoom link, please click here. You can watch the videos for previous sessions for this term, focussed on Liberal Jewish values, below:

This year, Liberal Judaism’s Education Hub Series has been celebrating 120 years of our movement.

The first sessions celebrated the people who have inspired us, from Lily Montagu and Rabbi Leo Baeck to Rabbi John Rayner and Rosita Rosenberg.

A second term examined how we practise – both in prayer and through the Liberal Jewish values of equality, inclusion and activism – while the third looked at Liberal Jewish Thought.

You can watch all previous sessions on Liberal Judaism’s YouTube channel, here.

We are proud to make Education Hub classes available for free, to ensure that everyone has access. However, if you are able to, please consider making a donation to Liberal Judaism.