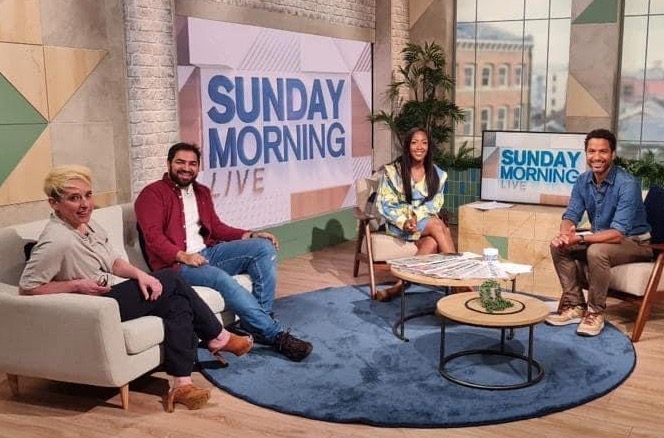 Liberal Judaism CEO Rabbi Charley Baginsky was on this weekend’s episode of Sunday Morning Live on BBC One. 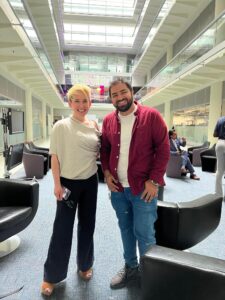 Rabbi Charley Baginsky with Aatif Nawaz at the BBC studios

The popular faith, ethics and current affairs show has returned for a new series and Charley was joined by comedian Aatif Nawaz at the very start of the show to review the papers.

Charley picked out a survey showing that Muslims in Britain are happier than before due to new opportunities, positive role models and general acceptance by society – although many are still victims of discrimination.

She also spoke about new superhero series Ms Marvel, its powerful message for young women and changing the perception of the role of women in society.

Charley added “I’m not what people usually expect when they hear that a rabbi is coming onto their show. It makes a huge difference to see people represented in such different ways.”

You can watch the show by clicking here.