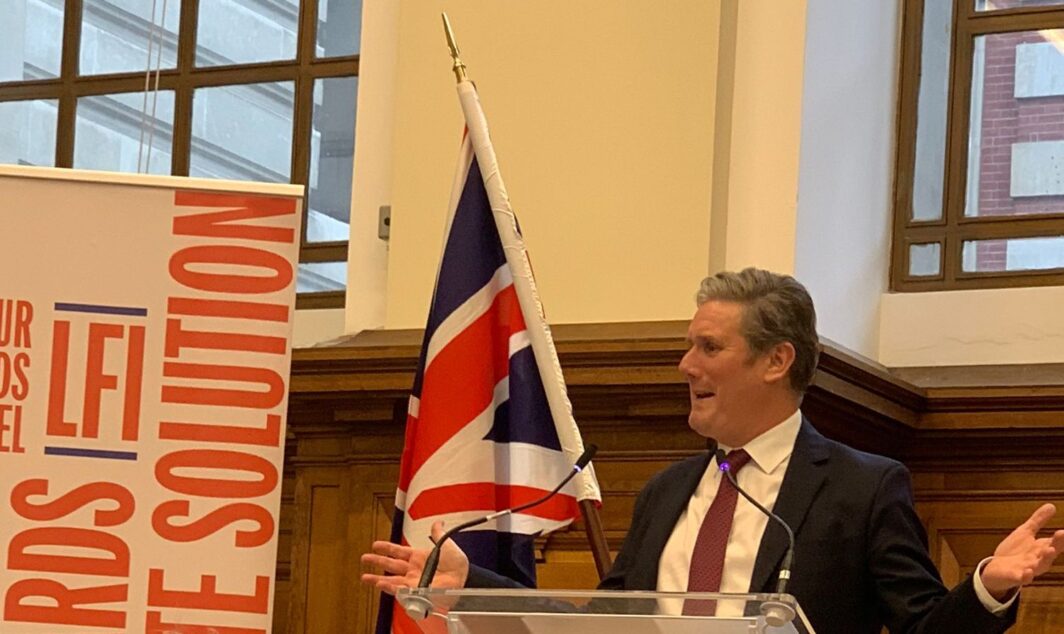 Liberal Judaism was proud to be recognised as an important voice in the on-going conversation around antisemitism on the left at today’s Labour Friends of Israel (LFI) lunch with Sir Keir Starmer.

In his speech, Sir Keir Starmer apologised for the pain that had been caused to the Jewish community and promised to continue tackling antisemitism, including anti-Zionist antisemitism, in the Labour Party. He pledged that the party would be pro-Israel, pro-Palestine and pro-peace.

He said: “Our work is by no means yet complete, but I give this pledge to you today… we will not give up this fight against this kind of racism, bigotry, and hatred until it is finally won!”

Charley and Liberal Judaism’s leadership attend events with all political parties in order to help frame the conversation around topics important to our movement and our members – from antisemitism and communal life to LGBTQI+ rights and fighting climate change.

Charley said: “It a real testament to the changes the Labour Party have committed to, and the work of the Jewish community to advocate for change, that the room was packed today.

“It is so important that Liberal Judaism has a voice in these ongoing conversations, along with all parts of our Jewish community.”