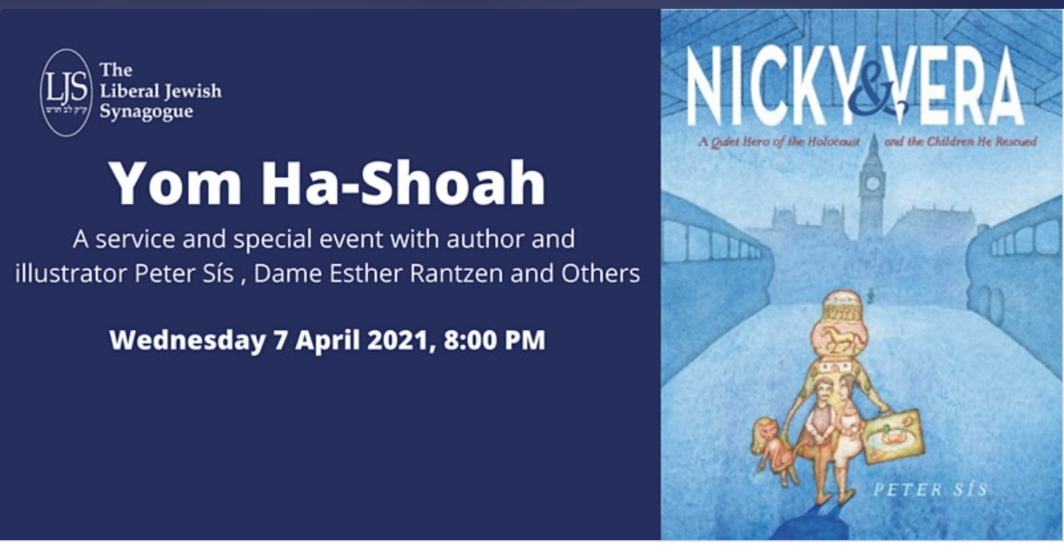 The Liberal Jewish Synagogue (LJS) will be hosting an online service and special event on Wednesday (7 April) to mark Yom Ha-Shoah, where guest speakers will include Peter Sís and Dame Esther Rantzen.

Peter Sís is an internationally acclaimed illustrator, author, and filmmaker. His book, Nicky & Vera, is the story of Nicholas Winton – who rescued almost 700 children from Czechoslovakia in the spring and summer of 1939. Peter weaves together Winton’s experiences and the story of one of the children he saved, Vera Gissing.

Much later, Nicholas Winton was memorably a guest on a television show, hosted by Esther Rantzen, where the TV star asked anybody in the audience owed their lives to Winton, or was a child or grandchild of one of the people he saved, to stand up… and the whole audience ended up standing.

Liberal Judaism members, friends and guests are all invited to attend the event and there is no charge. Please click here to register.