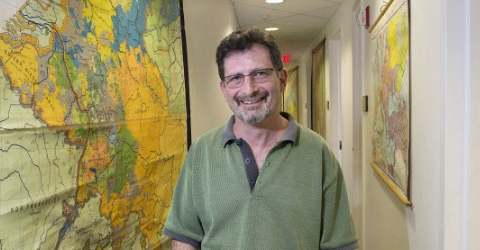 Professor Levine will lead a presentation and discussion titled A Short History of Yiddish: From Medieval Yudentaytsh to the 21st Century ‘YidLife Crisis’.

He will trace the history of the Yiddish language from its origins in medieval Germany to its development as a flourishing culture in Eastern Europe, and later the USA and other parts of the world. He will also consider its recent history and possible future in the 21st century.

The event takes place from 1pm on Saturday 7 March and the cost is £6. West Central Synagogue is based at the Montagu Centre in central London.

Please contact admin@wcls.org.uk for more details and to book your place.