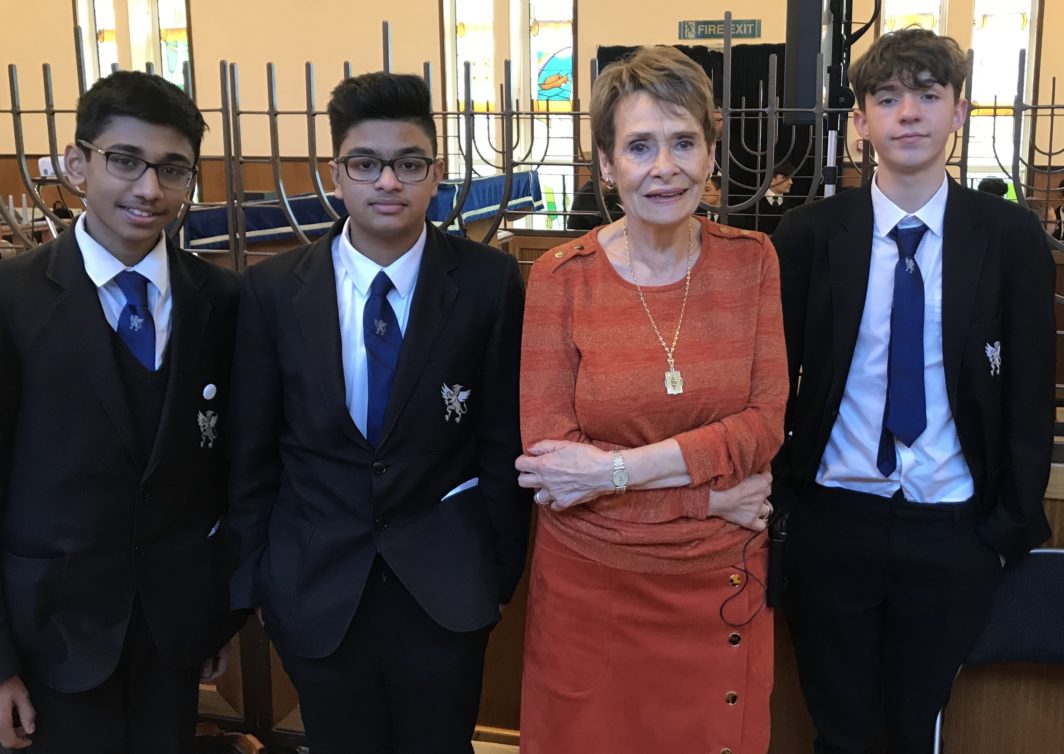 More than 1,400 schoolchildren from Kingston-upon-Thames and Surrey have been attending workshops commemorating Holocaust Memorial Day throughout this month.

The annual project, now in its 14th year, is run jointly by Kingston, Surbiton and District Synagogue (KSDS – part of the United Synagogue) and Kingston Liberal Synagogue (KLS). The project receives financial support from the Royal Borough of Kingston-Upon-Thames.

Due to high demand for these workshops this is the biggest year yet – with 14 half day sessions will be taking place. Each one is attended by around 100 school students, aged 13 to 15, and held at one of the synagogues.

At every workshop a Holocaust survivor, or second generation relative, gives a talk which is followed by a Q&A session and a film about people in Nazi occupied countries, who risked their own lives to help/hide Jews. The students then split into smaller groups to work through what they have seen and heard.

The workshops conclude with a memorial ceremony in which each pupil lights a candle in remembrance of the victims and hands a card to the speaker telling them their thoughts about the experience.

The vast majority of the pupils attending are not Jewish and setting foot inside a synagogue for the first time.

Craig Wicking, deputy head at Southborough High School, said: “It’s vital that our students understand what can happen in society when there is intolerance towards particular groups of people. It’s also really valuable for both our young people and the Jewish community to meet and share their stories.”

Max, a year 9 student from the school, added: “I knew a little about the Holocaust before I came here this morning but listening to the speaker was really eye-opening and I learnt lots more.”