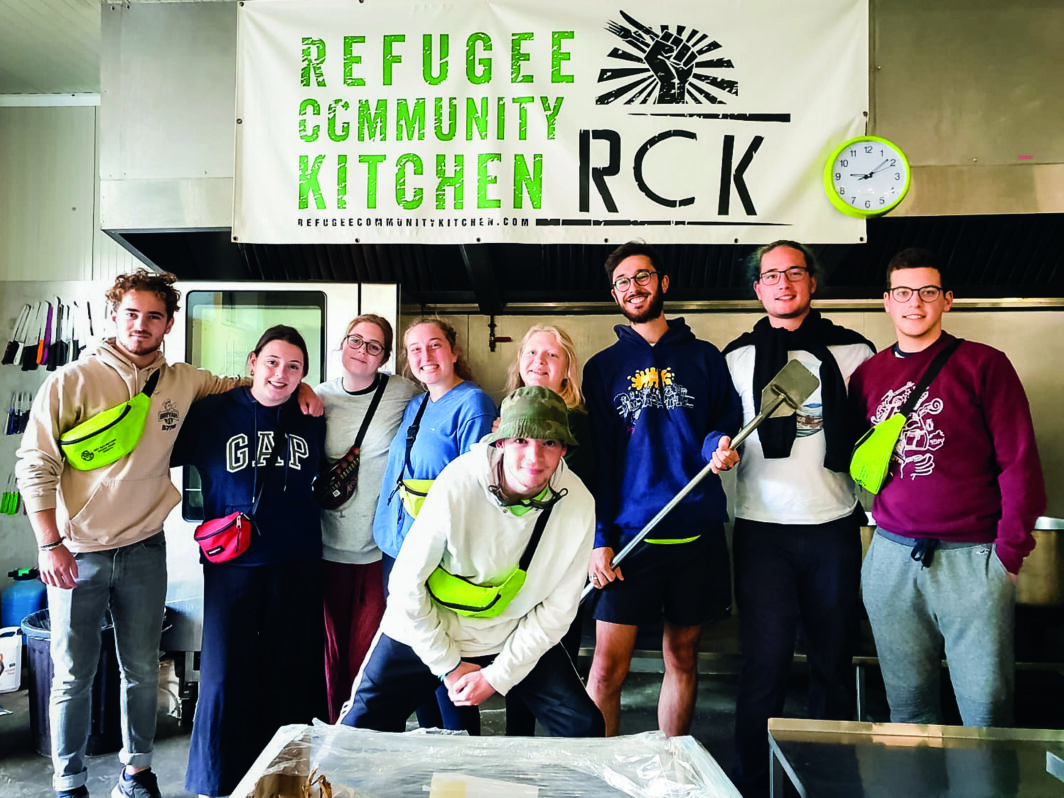 Young Liberal and Reform Jews from the UK have spent a week volunteering in Calais and Dunkirk, as part of a team cooking and serving 2,000 meals each day to the refugees there.

Nine volunteers from the LJY-Netzer and RSY-Netzer youth movements joined the Refugee Community Kitchen (RCK), which has supplied more than three million meals in Northern Europe over the last three years.

The youth spent their days chopping, cooking and cleaning, as well as distributing the food they made to some of the world’s most vulnerable people.

LJY-Netzer member Oz Moller said: “The experience of distribution was very strange. I felt that it was quite heartening to see the hope and happiness of the refugees, despite the poor situation they were in. In addition, being able to see the effect of the work we were doing in the kitchen really put our efforts into perspective and helped me to see the value and importance of an organisation like RCK, which operates entirely through its volunteers.

“My time in France was enlightening as to the privilege that we in the UK have, and further cemented my desire to continue to volunteer and help others whenever I have the opportunity.

“Doing it as part of a joint LJY-RSY venture was great, and volunteering with other young Progressive Jews was an enjoyable experience, as it felt like we all were able to get along easily, despite the fact that I had never met any of them before.”