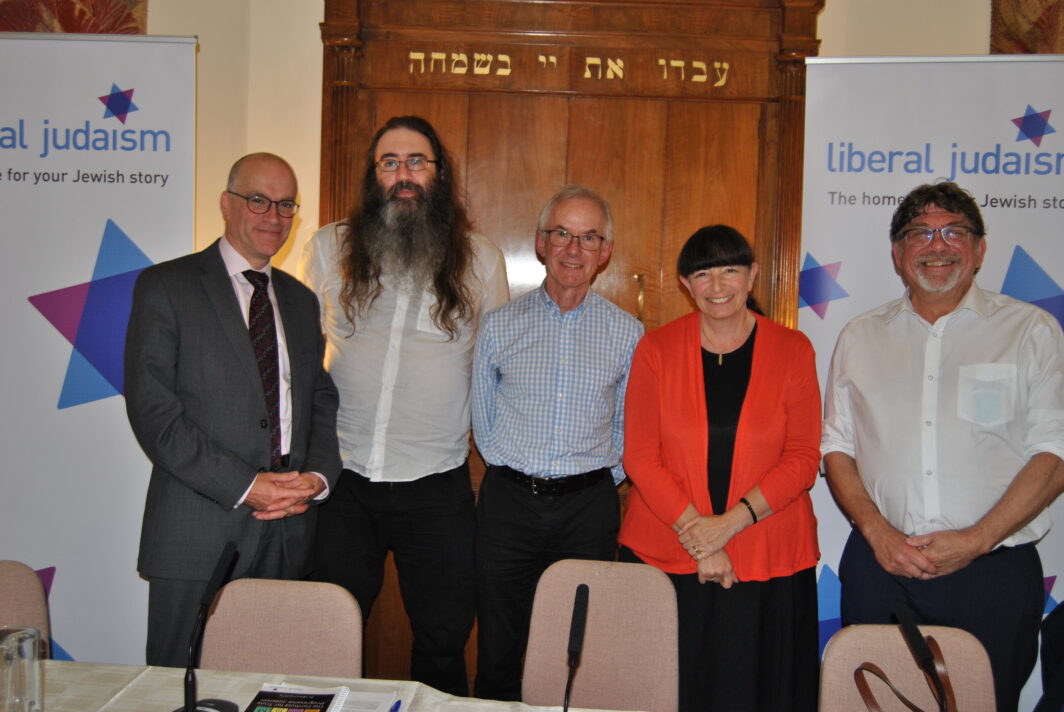 Panellists and audience members clashed over faith schools in a fiery but good-natured debate in the latest of Liberal Judaism’s Hot Potatoes dialogue events.

Chaired by sociologist and author Dr Keith Kahn-Harris, the evening saw a frank exchange of views from experts on all sides of the debate.

Jeremy Rodell, the dialogue officer for Humanists UK, praised the importance of events such as Hot Potatoes which allow a multiplicity of views to be aired in a respectful manner.

Jeremy described recent comments from Orthodox Chief Rabbi Ephraim Mirvis about humanism being “ever-more combative in the way in which it regards faith communities” as being misinformed.

Dr Helena Miller – who was recently responsible for the most extensive survey of Jewish schooling in the country – introduced her research, which found that faith schools are not insular like many imagine.

Helena also revealed some other interesting statistics, such as that 90% of surveyed faith school students intended to vote in the first election they were able to, compared to 70% nationally.

Rabbi Pete Tobias of The Liberal Synagogue Elstree (TLSE), a long-term opponent of faith schools, spoke from his experience as a congregational rabbi. He worries that many people only attend synagogues and places of worship in order to win a place at a faith school. He also noted that TLSE’s religion school has suffered due to children at faith schools no longer attending.

The final panellist was JCoSS head Patrick Moriarty. He described being torn. He admitted that if we started an education system from scratch we probably wouldn’t have faith schools, but they do wonderful work as the success of JCoSS has shown.

Questions from the audience included on how faith schools fit into the current social landscape where teenagers interact with people all around the world online and whether they mean that Jews will never mix with non-Jews. Guests also shared their own familial and congregational experiences.

The next Liberal Judaism Hot Potatoes event will be on Thursday 12 December on the topic of Dignity In Dying. Those wishing to attend can register their interest at www.liberaljudaism.org/calendar/hot-potatoes.