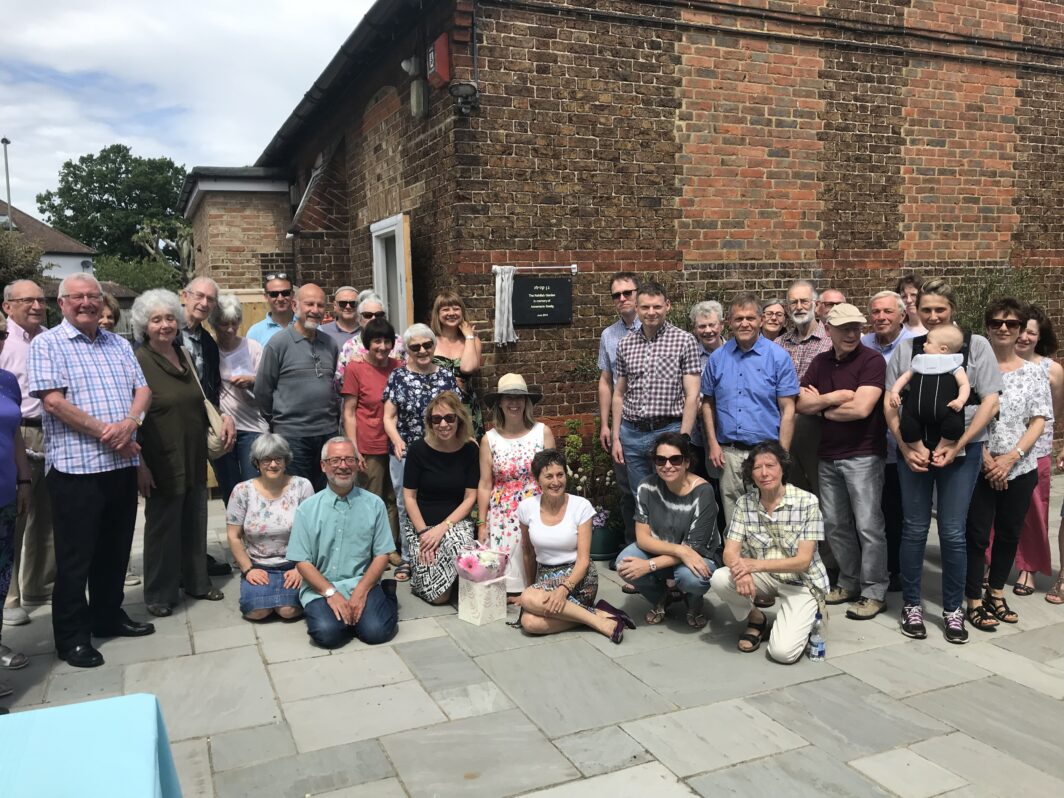 The congregation at Kingston Liberal Synagogue (KLS) gathered together to formally open their new Kehillah (community) garden, which has been named after a much loved member.

Annemarie Seelig was a refugee from Nazi Germany who arrived in the UK aged 17. She spent much of her adult life helping to educate local school students by speaking to them about her experiences as part of the annual Holocaust Memorial Day projects.

The legacy she left KLS enabled the synagogue to create the garden, which was previously a little used concreted outdoor space. After being landscaped last summer, a group of members has spent the last few months creating raised beds and container displays with many further plans in store.

The full name of the garden is ‘The Kehillah Garden in memory of Annemarie Seelig’.

KLS member Fleur Standring, a good friend of Annemarie, gave a moving talk at the opening ceremony and plaque unveiling, speaking of her friend’s mischievous nature, her joie de vivre and her determination not to let her experiences as a child define the rest of her life.

Fleur said: “She loved gardens and plants which makes this garden such a beautiful way to honour her memory.”