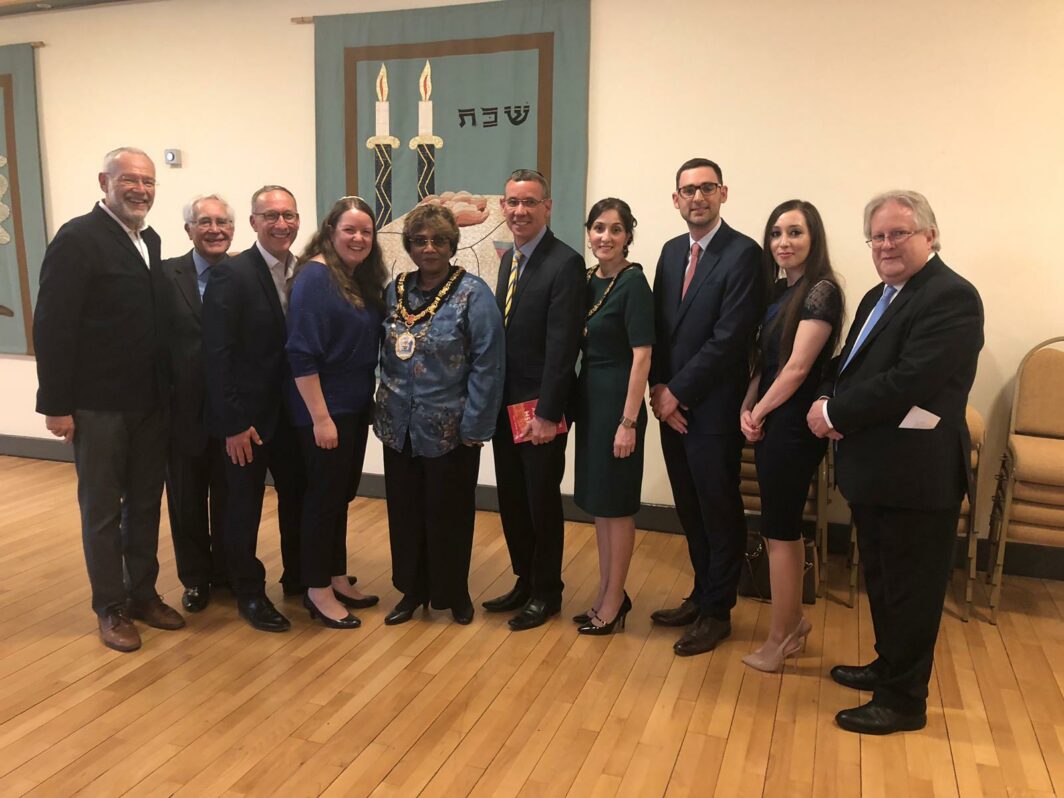 Northwood & Pinner Liberal Synagogue (NPLS) has, for 40 years, had an annual Czech/Slovak Memorial Shabbat to record the time that Jews from its Torah towns were deported to the concentration camps (mainly Terezin) in 1942.

This year the anniversary came a day after Israel Independence Day and it was decided to tie in the two dates.

Czechoslovakia was very positive towards the establishment of the State of Israel in 1948, being amongst the first to vote for and recognising the new State. However the help given behind the scenes was even more vital. From 1947 onwards secret negotiation were taking place to import Czech armaments to the future State and, as the War of Independence dawned in 1948, the supply of a handful of fighter airplanes (including redundant Spitfires) helped save the fledgling State when the Egyptian Army moved within miles of Tel Aviv.

Without these planes the War might well have been lost and Israel wiped out before it had even begun to exist. In the months that followed Israeli pilots were trained in Czechoslovakia and formed the basis of the Israeli Air Force.

An extensive exhibition detailing the relationship between the two countries before, during Communism (when it was at a low ebb) and today (now it is very positive) was obtained from Prague. Permission for the loan was given by Col Jan Svejdar, the President of the Czech Police Force, which owns the exhibition. The exhibition was brought over by Jonathan Wootliff, a member of the Prague Progressive community.

The exhibition was opened by the Israeli Ambassador, Mark Regev together with the Cultural Attaché of the Czech Embassy in London (pictured). Other dignitaries in attendance included Liberal Judaism’s senior rabbi, Rabbi Danny Rich.

The exhibition continues at NPLS until mid-June. To find out more please email admin@npls.org.uk.