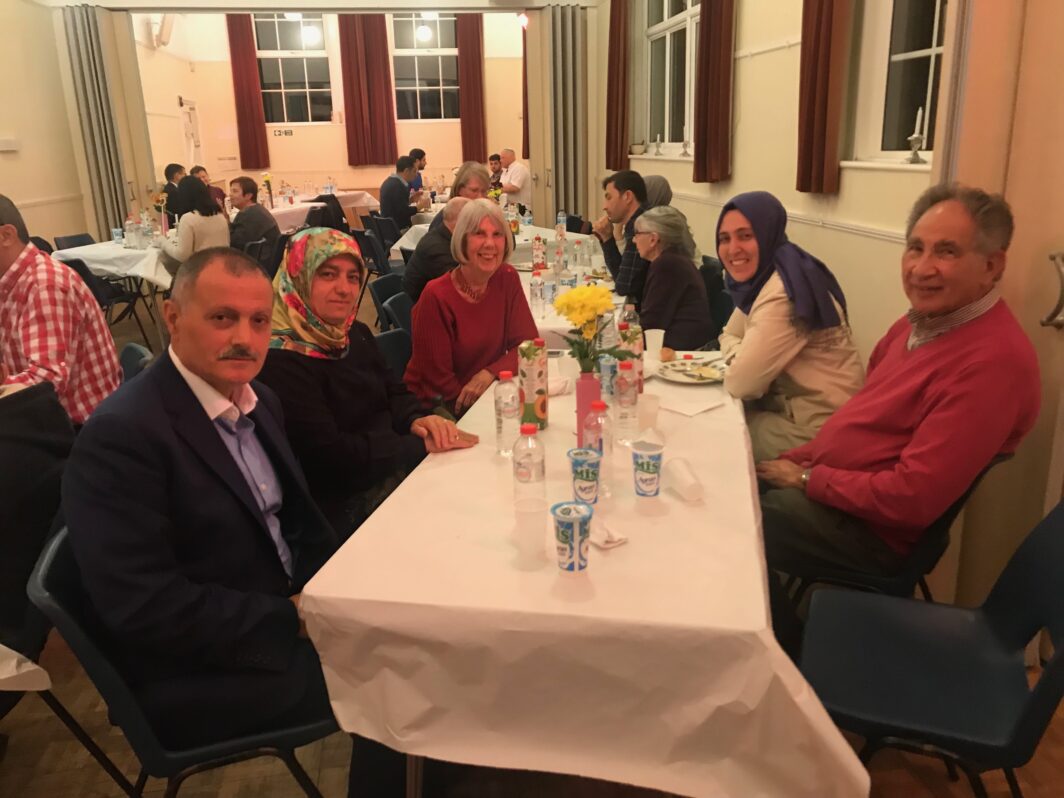 Kingston Liberal Synagogue (KLS) hosted an Iftar for members of the local Muslim community to break their fast during Ramadan.

The event saw Jews and Muslims eating together and the Kingston members learning more about Ramadan, a month of reflection and prayer during which Muslims will fast between sunrise and sunset and often break the fast as part of a community event.

It was held in conjunction with the South London Dialogue society – an organisation established by British Muslims with the aim of advancing social cohesion by building community relationships.

The evening began with talks by Rabbi Dr René Pfertzel of KLS and Kerim Balci from the South London Dialogue Society on the theme of ‘The 50 challenges of the 21st century and the need for interfaith dialogue’. They covered topics including climate change, artificial intelligence and genome editing.

René said: “It was a real honour and pleasure to welcome our Muslim friends from the South London Dialogue Society, and to host them as they were breaking the daily fast of Ramadan – which is such a significant aspect of their faith.”

Usame, a local muslim in Kingston, added: “It was my first time in a synagogue. It was a great experience for me to meet others from a different religion and to share food with them and get to know each other. I hope to come again soon.”