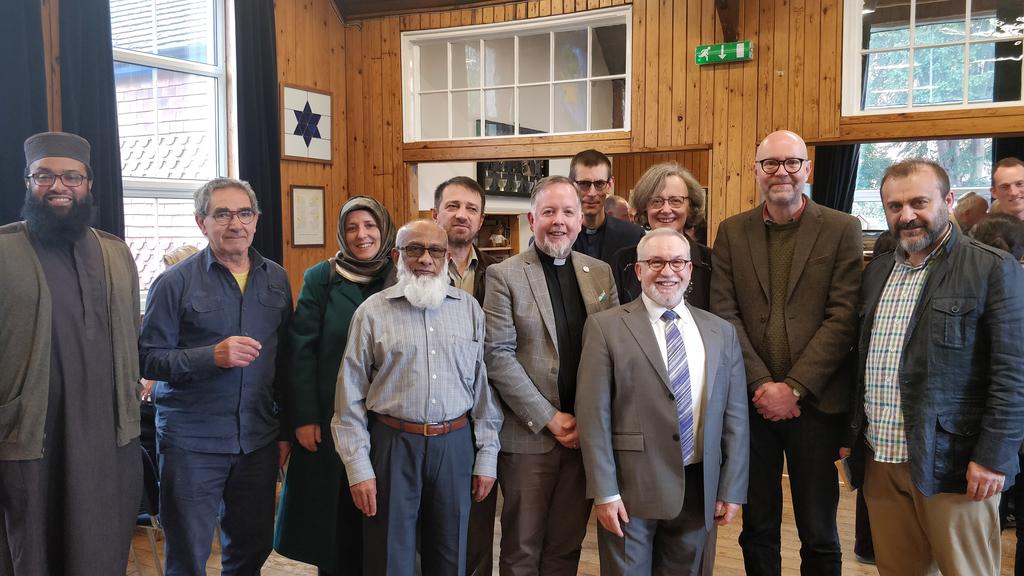 Leicester Progressive Jewish Congregation (LPJC) was packed to the rafters for the grand unveiling of the community’s new annexe.

Representatives from many faiths, local charities and activity groups – all regular users of the synagogue’s facilities – gathered to celebrate the opening of the new addition to the building.

Showing the diversity of the region, and how well integrated the Liberal community is into it, guests included representatives of multiple churches, two mosques, a gurdwara and the local police force.

The Lord Mayor of Leicester, Ross Grant, cut the ribbon and invited all the guests into the light-filled new space to witness the affixing of the mezuzah by the president of LPJC, Dr Alex Keller.

Rabbi Mark Solomon then led the assembled guests in prayer and in song, benefiting from the beautiful acoustics of the new annex.

The synagogue, which is already used by many local community groups for classes, clubs and meetings, will now be able to open its doors even wider to the public.

The new space, as well as the existing building, is available to hire and has already been booked by a number of local groups. It will also be used for synagogue projects including the Friday morning choir, Shalom Club for over 60s of all denominations and a homeless shelter that is hosted by the synagogue once a week in the winter.

The £140,000 project, steered by Miriam Levene, was funded with the help of a grant from the Biffa Award as part of the Landfill Communities Fund, plus support from the Heritage Lottery, the 342 Trust and contributions from LPJC members.

The space is environmentally friendly with LED lighting, sinks that reduce water wastage and flooring made of 30 per cent recycled materials.

Miriam, who is also a past chair of LPJC, said: “We are very excited and somewhat in awe of the extensive support we received from neighbours and friends, particularly in the multi-faith community.

“While the Jewish community will benefit from this extra room for children’s activities, study groups and some services, the annexe will, in fact, be mainly used by the wider community. It is already booked for parent-child support space to run alongside well established music activities for pre-school children. Exercise classes for pre- and post-natal mums will benefit from the improved storage facilities.”