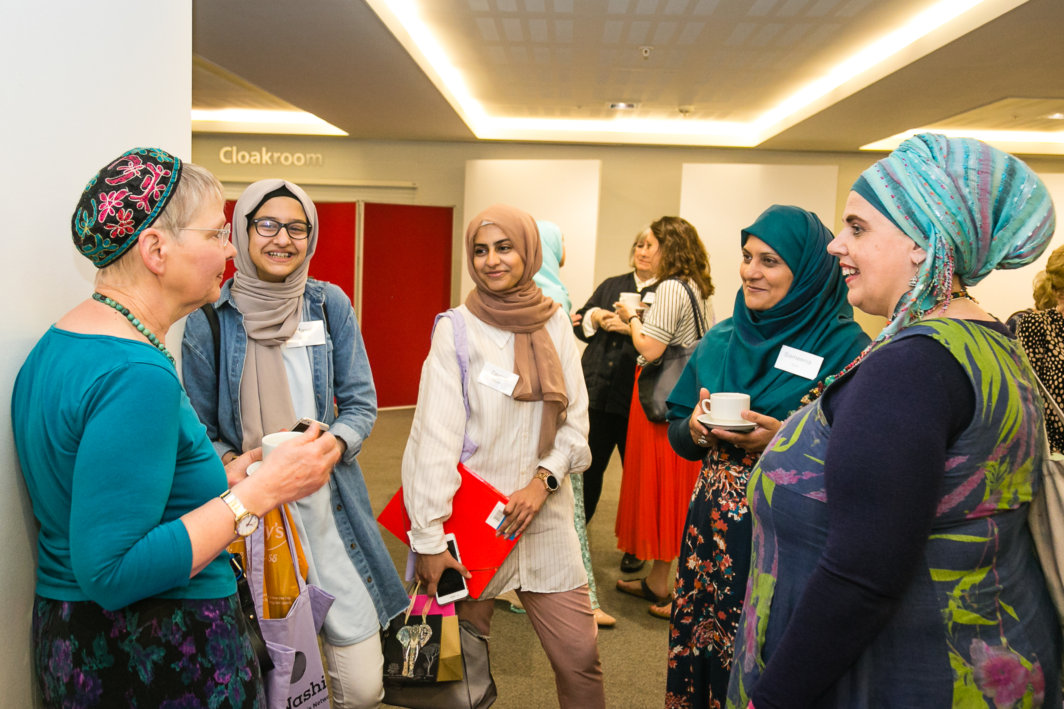 Liberal Jews from around the UK – including Rabbi Janet Burden and Student Rabbi Daniela Touati – were part of Europe’s largest Jewish Muslim conference, which was attended entirely by women.

Hosted by Nisa-Nashim – Britain’s Jewish Muslim Women’s Network – the conference took place at the LSE with a diverse range of speakers and sessions covering topics from the loss of life in the Israel/Palestine conflict to a practical guide to self defence.

The keynote speaker at the event was Robi Damelin, of The Parents Circle – Families Forum, a charity that is also supported by Liberal Judaism’s youth movement LJY-Netzer. The joint Israeli-Palestinian organisation of more than 600 families, all of whom have lost a relative in the ongoing conflict, works towards reconciliation between the nations and a sustained peace.

The day also featured many opportunities for creating new friendships between faiths, with delegates bonding over food, poetry and discussion. Afternoon prayers were also part of the packed schedule, with Jewish and Muslim services being held side by side.

The letter asked candidates for an immediate strategy to make Muslim women safe and then to develop a longer term policy on the issue of gendered Islamophobia.

The Jewish women decided to the unprecedented action after reading a report from Tell MAMA that the greatest impact of anti-Muslim hatred is felt by women who are visibly Muslim – noting that more than half of the victims of incidents were female.