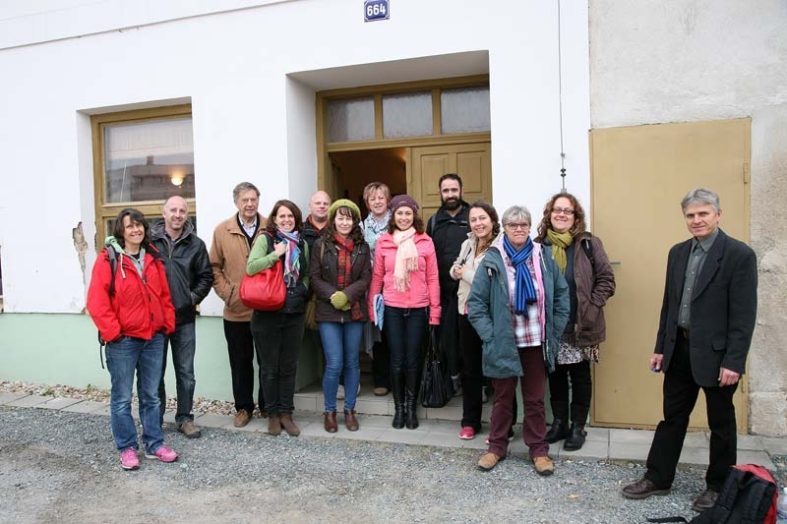 Twenty-five members of Nottingham Liberal Synagogue (NLS), including Rabbi Tanya Sakhnovich, hit the headlines in the Czech Republic after visiting the town that their synagogue is linked to via a Torah scroll.

Taking their 10th group trip to the country, the community were based in the small Moravian town of Slavkov, formerly known as Austerlitz. They also visited Trebic, Brno and the Moravsky Kras national park.

The highlight of the visit was meeting the town’s only pre-war surviving Jewish resident, Ruth Matiovska.

Ruth, 84 years old and a child survivor of Terezin, spoke to the visitors – including two who will play ‘old’ and ‘young’ Ruth in a play about her life in Nottingham later this month.

The NLS group were welcomed by the Town’s Mayor and they held services in the renovated synagogue, as well as visiting the town’s Jewish museum which opened 10 years ago.

Rabbi Tanya, who led the group which included 11 children, said that she was delighted that so many members keep making the journey to Slavkov and, in doing so, help forge strong links with the town and also honour the memory of the former Jewish residents who died in the Shoah.

Click here to read the full story (in Czech)