Rabbi Janet Burden was ordained in July 2002, after completing her rabbinic studies at the Leo Baeck College, London. She was born and educated in the United States, but has chosen to make Britain her home. She holds two masters degrees, one in English and one in Hebrew and Jewish Studies.

Janet came to the rabbinate from a background of social activism. She remains committed to the prophetic vision of global justice and continues to work towards that goal within the Jewish community. Prior to becoming a rabbi, she worked for the development agency, OXFAM. She now acts as Liberal Judaism’s rabbinic advisor on issues of social justice.

Rabbi Janet enjoys teaching both children and adults, preferring to adopt an experiential approach whenever possible. “People of all ages learn best by doing,” she says.

Rabbi Janet’s style is informal and intimate. She enjoys supplementing the liturgy of Siddur Lev Chadash with readings gleaned from a wide range of sources. She encourages congregational participation in services, and highly values the involvement of committed lay leadership in all aspects of communal life.

The following articles written by Rabbi Janet for the New Statesman give a good sense of her approach to Jewish life; Reflections on Jewish Identity (Dec 2006), Jewish Beliefs and Practice (Dec 2006) and Shabbat – The Heart of Jewish Life (Dec 2006). 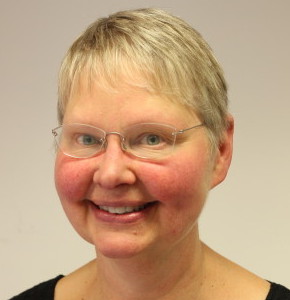 1 October 2020 – 13 Tishri 5781
Read moreEaling Liberal Synagogue
Return to Who’s Who
Find your local community
We use cookies to ensure that we give you the best experience on our website. If you continue to use this website without changing your cookie settings or you click "Accept" below then you are consenting to this. ACCEPTRejectPrivacy policy