Rabbi Dr Rene Pfertzel was born in Strasbourg, France, and spent his early years between Lorraine, Paris, and Alsace. He has been involved in several progressive Jewish communities in France, such as Strasbourg and Lyon, and was ordained at Leo Baeck College in 2014.

His first degree was in History, particularly Ancient history, and he earned several MAs at the University of Strasbourg: Egyptology, Papyrology, and Biblical Studies. He defended a PhD on “The unofficial Tikkune Soferim (scribal corrections) in the Masoretic Text of the Hebrew Bible” at the University in Strasbourg. He also earned a MA in Jewish Studies at King’s College, London, in rabbinic texts. Rabbi Pfertzel is passionate about text studies. In 1991 he obtained the “Agrégation d’Histoire”, a high-status Teaching certificate allowing him to teach in High Schools as well as in Colleges. He ran a seminary on Jewish Anthropology at The Sorbonne in Paris for a year.

René has been involved in French Liberal congregations since the late 1980s, where he taught Access to Judaism classes, took services, exploring a large variety of creative ways of worship, and enjoyed the pastoral side of his mission. He is passionate about community building, and the new challenges Jewish communities are facing today.

Rene Pfertzel is also passionate about music. He holds a degree in vocal music from the “Conservatoire de Belfort”. He is a baritone.

He is father of two daughters born in 1989 and 1992, and lives with his partner Graeme in Walthamstow. 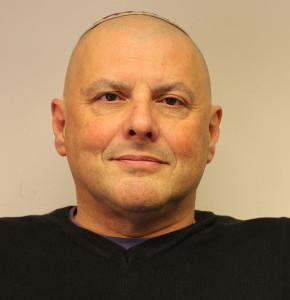 Passover message from the Co-Chairs of CoLRaC

26 March 2021 – 13 Nisan 5781
Read moreKingston Liberal Synagogue
Return to Who’s Who
Find your local community
We use cookies to ensure that we give you the best experience on our website. If you continue to use this website without changing your cookie settings or you click "Accept" below then you are consenting to this. ACCEPTRejectPrivacy policy