Rabbi Dr Margaret Jacobi has been the rabbi of Birmingham Progressive Synagogue since 1994. She grew up in a Liberal Jewish family, and was an active member of ULPSNYC (now LJY-Netzer). She studied medicine at Birmingham University and then started a career in medical research, obtaining a PhD in physiology and working for two years in St. Louis Missouri, USA.

Whilst in St. Louis, she decided to embark on her long-held aim of studying for the rabbinate. Her studies included two years at the Reconstructionist Rabbinical College in Philadelphia. Her final year, at Leo Baeck College, included a thesis about medical aspects of the Talmud.

Rabbi Jacobi enjoys the diverse challenges and opportunities which congregational work offers, especially in a multi-cultural city like Birmingham. She enjoys working with all age groups, from toddlers to the oldest members. She shares with her community an ethos of welcoming anyone who wishes to identify with or explore their interest in Judaism.

She has maintained her interest in medicine and has published papers on Jewish medical ethics, most recently ‘The Challenge of Genetic Research’ in ‘Aspects of Liberal Jewish Thought’. She has a PhD in Talmud.

She is also the honorary Progressive Jewish Chaplain at Birmingham University and a member of the Faith Leaders’ Group which builds links between the different faiths in Birmingham.

She is married to David, an optometrist, and has two teenage children. She relaxes by playing the violin and walking in the country. 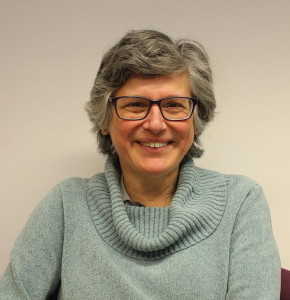 4 January 2021 – 20 Tevet 5781
Read moreBirmingham Progressive Synagogue
Return to Who’s Who
Find your local community
We use cookies to ensure that we give you the best experience on our website. If you continue to use this website without changing your cookie settings or you click "Accept" below then you are consenting to this. ACCEPTRejectPrivacy policy