Dr Charles Middleburgh is founder rabbi of Congregation Shir HaTzaphon in Copenhagen and Dean and Director of Jewish Studies at the Leo Baeck College in London. Rabbi Middleburgh has lectured at Leo Baeck College since 1984 and has taught, over the years, Bible, Parshanut, Rabbinic Literature, Aramaic and Practical Rabbinics. He is now Reader in Bible and Liturgy.

Rabbi Middleburgh has a BA Hons in Ancient and Medieval Hebrew with Aramaic and Syriac and a PhD in Targumic Studies from UCL.

He shares his life with his wife and two magnificent dogs. A passion for photography which started at the age of 7, combined with a lifelong love of birds and animals has encouraged him to take wildlife photos wherever and whenever he has the opportunity; he has photographed in many of the world’s great zoos and also in the Royal Chitwan national park in Nepal. There have been two exhibitions of his animal portraits.

A book reviewer for many years, his reviews have been published, inter alia, in the Church Times, the Expository Times, the Jewish Chronicle, and MANNA magazine and the bi-monthly newsletter of Liberal Judaism. He reviews books of specific interest to him both professionally and privately. 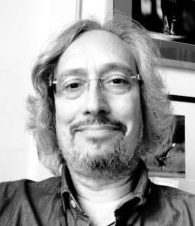 10 July 2018 – 27 Tammuz 5778
Read moreDublin Jewish Progressive SynagogueLeo Baeck College
Return to Who’s Who
Find your local community
We use cookies to ensure that we give you the best experience on our website. If you continue to use this website without changing your cookie settings or you click "Accept" below then you are consenting to this. ACCEPTRejectPrivacy policy