Rabbi Dr Andrew Goldstein was born in Warwick and was raised in Birmingham and active in the Birmingham Liberal Synagogue. He was ordained at Leo Baeck College in 1970 and was the rabbi of the Northwood & Pinner Liberal Synagogue (on the outskirts of London) until his retirement in 2008. He then became Emeritus Rabbi when his son Aaron took over as Senior Rabbi at the community.

His first degree was in Botany and Zoology and his PhD on the subject of “Travels to the Holyland: 1790 – 1830”. The case study was the first journey (in 1827) of Moses and Judith Montefiore and he has specialised in the study of the Montefiores.

For 20 years Rabbi Goldstein was in charge of the ULPS Education Department and has wide experience in Jewish education. He has published a series of text books and he and his wife Sharon founded and ran the Liberal Jewish Kadimah Summer School for 19 years. They also organised several ULPS Conferences and together organise for NPLS, tours to places of Jewish interest (recently to Bulgaria, Romania, Poland, the Southern States of America, previously to Greece, Morocco, Spain and Uzbekistan).

He co-edited the Liberal Judaism Hagaddah (L’dor Va’dor) and the High Holy Day Machzor Ruach Chadashah (published in 2003) and was chair of the Editorial Committee of Siddur Lev Chadash.

Rabbi Goldstein initiated in 1978 his congregation’s connection with Czechoslovak Jewry and has led many visits by groups to the Czech and Slovak Republics since the Velvet Revolution. He has helped develop Liberal Judaism in these countries and acted as consultant rabbi to congregations in Prague, Brno and Bratislava. He was Chair of the European Union for Progressive Judaism and is currently Vice President and Chair of the European Beit Din.

His wife Sharon was a magistrate and set up the Care and Bereavement project in the synagogue, and is involved nationally in jewish bereavement work. 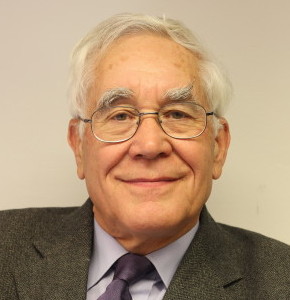 19 August 2020 – 29 Av 5780
Read moreNorthwood and Pinner Liberal Synagogue
Return to Who’s Who
Find your local community
We use cookies to ensure that we give you the best experience on our website. If you continue to use this website without changing your cookie settings or you click "Accept" below then you are consenting to this. ACCEPTRejectPrivacy policy