Rabbi Hulbert (Rabbi Emeritus) was ordained in 1989, after when he served Bet Tikvah Synagogue on the eastern fringes of London, part of the large Jewish community of Barkingside until its merger with Woodford Liberal Synagogue in January 2017 to create East London and Essex Liberal Synagogue.

In March 2019 Rabbi Hulbert retired, after 30 years at the pulpit, and became emeritus rabbi at East London & Essex Liberal Synagogue. At the time of his retirement is was the longest serving rabbi in Redbridge.

In his free moments, he enjoys playing the violin in various orchestras and string quartets. He is married to Fiona. 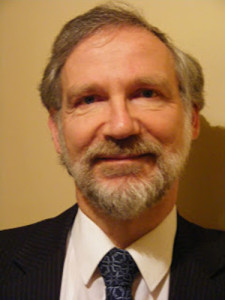 4 March 2019 – 27 Adar I 5779
Read moreEast London and Essex Liberal Synagogue
Return to Who’s Who
Find your local community
We use cookies to ensure that we give you the best experience on our website. If you continue to use this website without changing your cookie settings or you click "Accept" below then you are consenting to this. ACCEPTRejectPrivacy policy