Chair, The Conference of Liberal Rabbis and Cantors

Rabbi Goldstein became Senior Rabbi of Northwood and Pinner Liberal Synagogue in the summer of 2008. His motto is to ‘Count Jews In, Not Out’ and passionately supports Liberal Judaism’s inclusion policies and championed the Equal Marriage campaign for LJ. Aaron is also an active participant in refugee and asylum issues and supports Jewish detainees at Harmondsworth.

He was brought up in Northwood and Pinner Liberal Synagogue where his father Rabbi Dr Andrew Goldstein was the first rabbi and served for over 40 years until Aaron took over in a very fair recruitment process. Rabbi Andrew and his wife Sharon, started Kadimah Summer School in 1970 and Aaron and his sister Ruth (NPLS Choir Leader) attended from birth through to being leaders. Rabbi Aaron went on to be involved in LJY-NETZER and spent a gap year in Israel as a volunteer.

Rabbi Goldstein’s wife, Tammy is a graphic designer and also grew up at NPLS. They have two daughters, Liora and Shaya who are also used to a second home life in NPLS, LJ and LJY-NETZER.

Before his role at NPLS, Aaron was Head of Community Development for Liberal Judaism from, 2002 following his ordination from Leo Baeck College. He served many congregations during his training including one in Toronto whilst transferring a year of his studies to Hebrew Union College, New York.

He has a BSc degree in Business and Administration and Ergonomics from Aston University and BA and MA in Hebrew and Jewish Studies from Leo Baeck College. Upon graduation from Aston, he worked for 5 years for British Steel Strip Products, managing their business with Japanese Vehicle Manufacturer Transplants in Europe.

He is Chair of The Conference of Liberal Rabbis and Cantors and, in that role, serves on the Board of National Officers for Liberal Judaism. 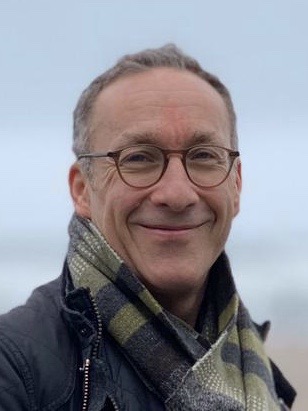 Faith leaders speak out against potential genocide of Uyghurs

25 May 2020 – 2 Sivan 5780
Read moreNorthwood & Pinner Liberal SynagogueFollow Rabbi Aaron
Return to Who’s Who
Find your local community
We use cookies to ensure that we give you the best experience on our website. If you continue to use this website without changing your cookie settings or you click "Accept" below then you are consenting to this. ACCEPTRejectPrivacy policy