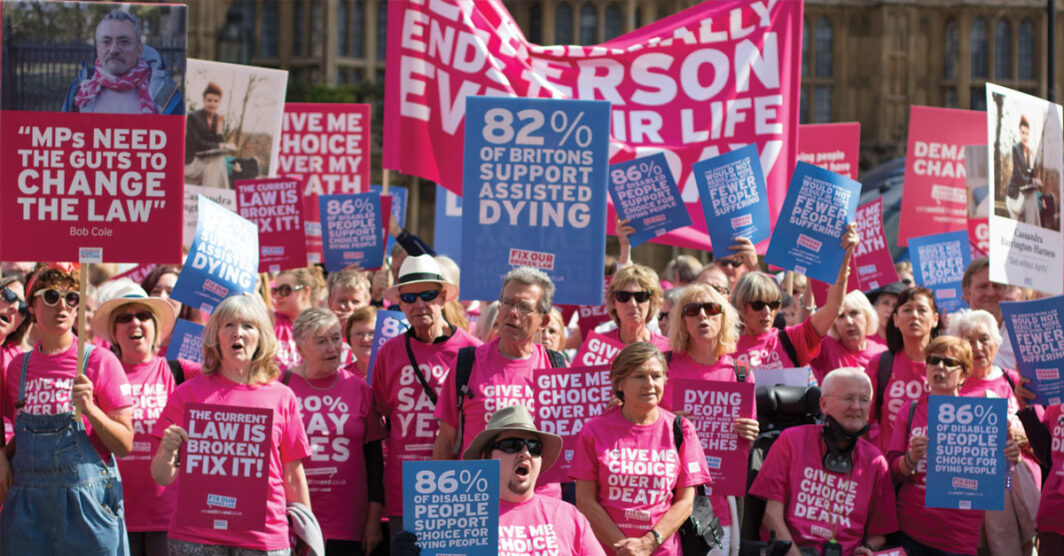 Liberal Judaism has become a founder member of the new Religious Alliance for Dignity in Dying, a collection of multi-faith groups, leaders and laypeople calling for a change in the law on assisted dying.

Liberal Judaism as a movement has long supported the right for terminally ill people, who are mentally competent, to determine how, when and where they die alongside high-quality end of life care.

A private member’s bill on assisted dying was introduced to the House of Lords last month by Baroness Meacher, Chair of Dignity in Dying, paving the way for the first debate on prospective legislation in Parliament in more than five years.

Assisted dying is different from suicide or euthanasia and there are a number of safeguards in place. A Q&A has been sent to all Liberal communities and Liberal Judaism Chief Executive Rabbi Charley Baginsky is speaking to members who wish to find out more on the issue.

Charley said: “Liberal Judaism has a proud history of being at the forefront of progressive societal change, speaking up for much-needed liberal reforms with compassion at their heart.

“Much like votes for women or equal marriage – rights which now seem unchallengeable – assisted dying is a right we are proud to champion for people nearing the end of their life.”

The Alliance, which is chaired by Rabbi Dr Jonathan Romain, also has the support of a wide variety of other faith groups and leaders including Lord Carey, the former Archbishop of Canterbury.

Its formation has been covered by The Sunday Times, Politics Home, The Jewish News and other major press outlets.

A major driving force in Liberal Judaism’s campaigning on the issue has been former Chief Executive Rabbi Danny Rich, who is a hospital and prison chaplain.

Danny said: “I have long been an advocate of the right of terminally ill individuals, subject to appropriate safeguards, to decide the manner and timing of their own deaths.

“Twenty-seven years ago my own great uncle, suffering with inoperable cancer, ended his own life with help from a relative.

“That dying people are still forced to contemplate dying by suicide as an alternative to a traumatic or prolonged death by their disease is shameful. I add my voice to the growing number calling for true choice and control at the end of life.”