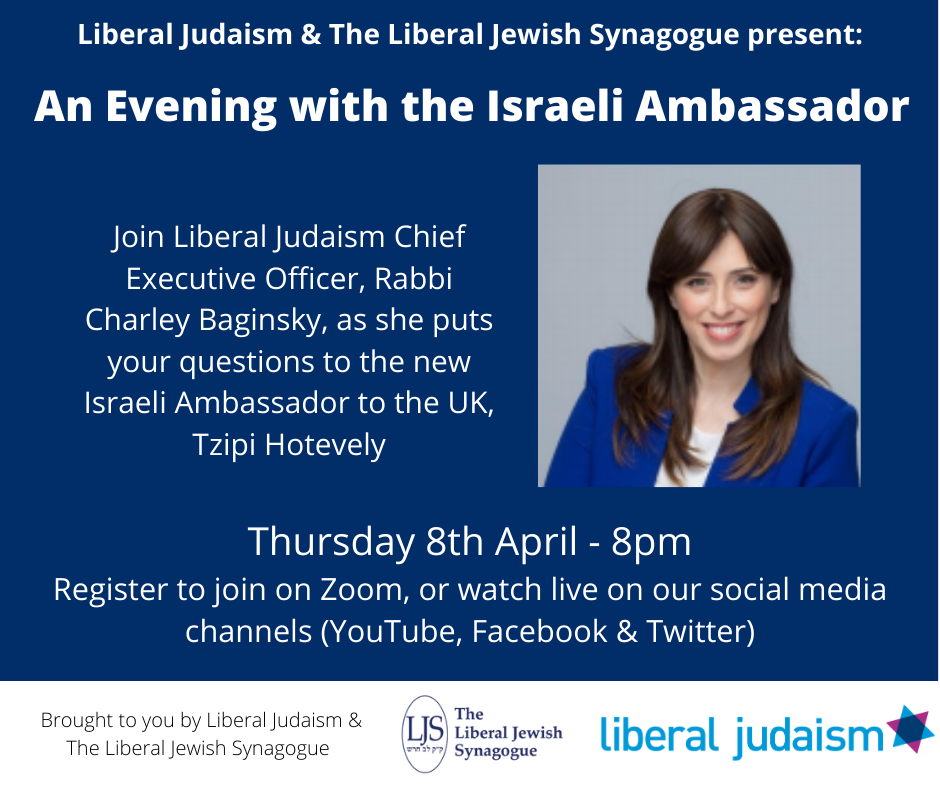 Liberal Judaism and The Liberal Jewish Synagogue will present An Evening with the Israeli Ambassador on Thursday 8 April at 8pm.

The event will be hosted by Rabbi Charley Baginsky, Liberal Judaism’s Chief Executive Officer, who will put YOUR questions directly to the new Israeli Ambassador to the UK, Tzipi Hotovely.

Ambassador Hotovely is the 18th person, and the first woman, to be appointed to the position. She has also held a number of key roles in the Israeli Government, including Deputy Minister of Foreign Affairs.

Though her appointment was met with some concern by Liberal and Progressive Jews, this event presents the prime opportunity to introduce the Ambassador to our community’s values, as well as hear her vision for future Israeli/UK relations.

You can register to submit a question and join us for the event on Zoom by clicking here, or watch live on Liberal Judaism’s Facebook, YouTube and Twitter channels.