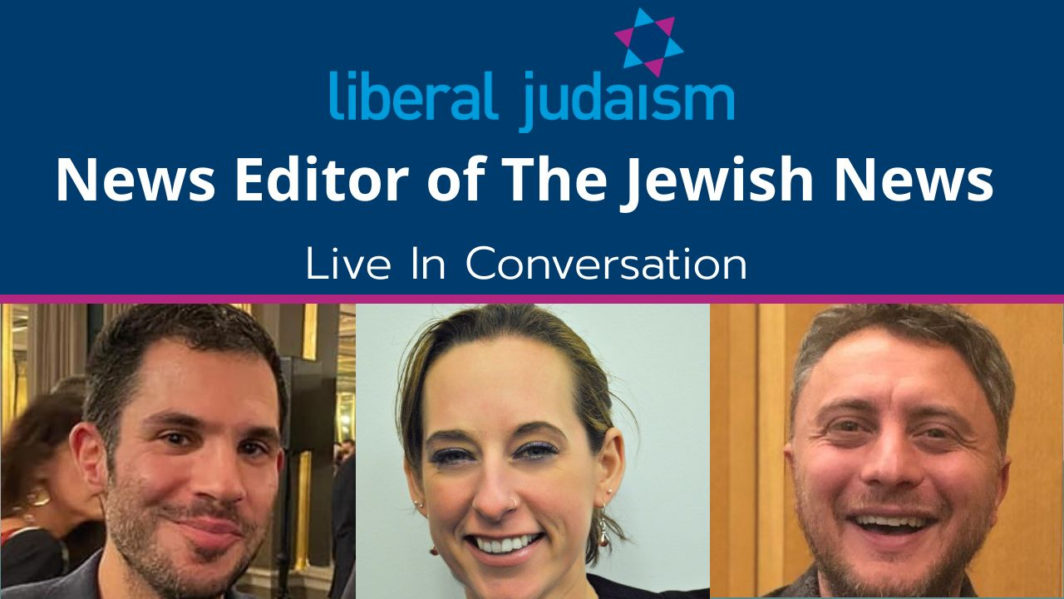 The most recent event in Liberal Judaism’s In Conversation series saw Rabbi Charley Baginsky chat to Justin Cohen, the news editor of the Jewish News.

Justin is one of the most senior people in the Jewish media. He has worked for the Jewish News, where he is also co-publisher, for almost 20 years. He also regularly provides comment on the BBC, Sky, Channel 4 and LBC and has written columns for newspapers including The Times, Independent, Telegraph and Evening Standard.

Justin talked through the current media landscape, both in the Jewish world and beyond, the changes within our community over the last two decades and the biggest stories and events he has worked on. He also gave a very honest insight into the future of the Jewish News and its recent attempt to merge with the Jewish Chronicle.

Justin first met Charley when he was a young reporter covering the Mikes Place Tel Aviv bombing in 2003, where she was part of the team organising the London fundraiser. They were joined by Simon Rothstein, the editor of LJ Today, who also provided his own unique insight as a former national newspaper journalist now working largely on the “dark side” of PR.